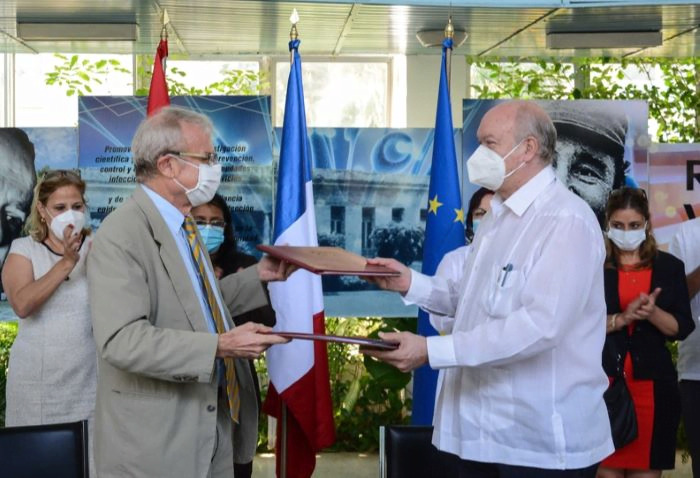 Havana, Dec 10 (RHC) The Pedro Kourí Institute of Tropical Medicine (IPK) will receive financial support from the French Development Agency (AFD) to carry out the project to strengthen national capacities for surveillance and diagnosis of infectious diseases.

The Agreement materializing this collaboration was signed in Havana by Rodrigo Malmierca, Minister of Foreign Trade and Foreign Investment, and Quiterie Pincent, Director of the AFD in Cuba.

The support budget amounts to 5.6 million euros as a non-refundable fund. It will be used to meet the project's needs in terms of laboratory supplies, reagents, transport, and climate equipment.

One of the project's main objectives is the creation of an Advanced Technology Laboratory at the institution for basic research on emerging infectious diseases, according to Jorge Fraga Nodarse of the IPK.

It will also be possible to establish and equip the Molluscarium Insectarium of the IPK's Vector Control Department and strengthen a single system for taking, sending, and receiving biological samples and their results from the Provincial Centers of Hygiene Epidemiology and Microbiology to the IPK's National Reference Laboratories.

Patrice Paoli, French Ambassador to Cuba, said that the Agreement increases the country's capacity to mitigate the effects intrinsically linked to climate change, such as the emergence of new infectious diseases.