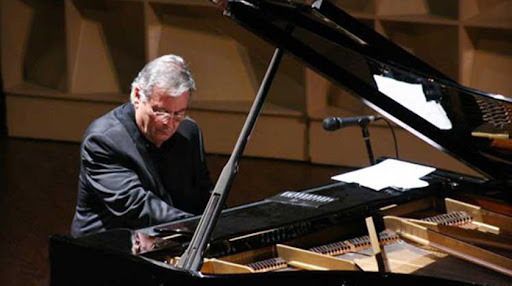 Havana, December 31 (RHC) --A jury made up of prestigious Cuban artists warded the 2021 National Music Award to the pianist, composer and arranger José María Vitier.

According to a statement from the Cuban Institute of Music, the experts unanimously agreed to award Vitier “for his work and dedication to enhancing the best values ​​of national culture”.

The jury was made up of Digna Guerra, Joaquín Betancourt, Guido López-Gavilán and Edesio Alejandro Rodríguez, all distinguished with the high recognition in previous years, and the musicologist Laura Vilar.

The 67-year-old artist is the author of music for films, theater and television, has worked in dissimilar genres and collaborated with internationally renowned figures.

As a composer, his name is linked to the soundtracks of television series such as “In silence it has had to be” and “Julito el pescador”, both in collaboration with his brother Sergio (1948-2016), also 2014 National Music Award.

His signature also appears in the music for the films Strawberry and Chocolate, Glass Roof, and A Paradise Under the Stars, among other works.

Vitier was the winner of the 2002 Cubadisco Award for his album Songs of Good Love and was nominated for a Latin Grammy for Salmo de las Américas in 2000.