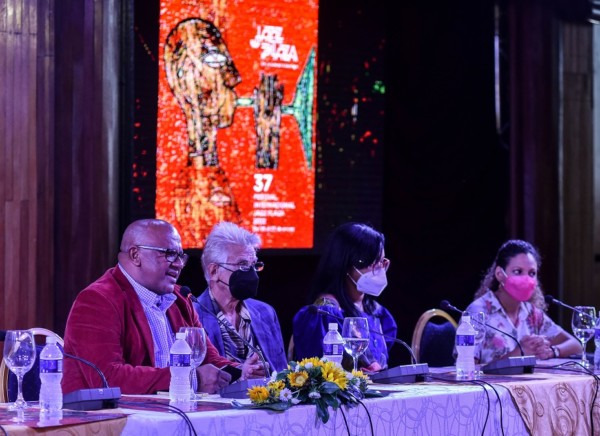 January 12 (RHC)--  Artists from 9 countries -including the United States, Argentina, Sweden, and France, along with the Cuban hosts- will participate in the 37th International Jazz Plaza Festival to be held in the Cuban capital from January 18 through 23.

The Festival's president, Victor Rodriguez, announced the National and Variedades America theaters and the Bertolt Brecht cultural center as its venues.

He explained that the Plaza's Casa de Cultura -its foundational stage- will not be included because it is under repair.

Live concerts will be held with extreme hygienic measures due to the COVID-19 pandemic.

As a preamble, on Sunday -at the Covarrubias Hall- the National Symphony Orchestra will offer a concert with the versatile Congolese musician, singer, and composer Ray Lema.

The opening gala on the 18th at the Avellaneda will feature renowned Cuban pianist Nachito Herrera and his Habana Jazz, and Bobby Carcassés will present the show From blues to timba and from timba to Jazz.

Likewise, the Leonardo Acosta In Memoriam theoretical event will pay tribute to the Cuban Orchestra of Modern Music, on the 50th anniversary of its foundation,  renowned author Cesar Portillo de la Luz on his centennial, and the 95th birthday of Numidia Valliant, a trailblazer of Cuban women in Jazz.