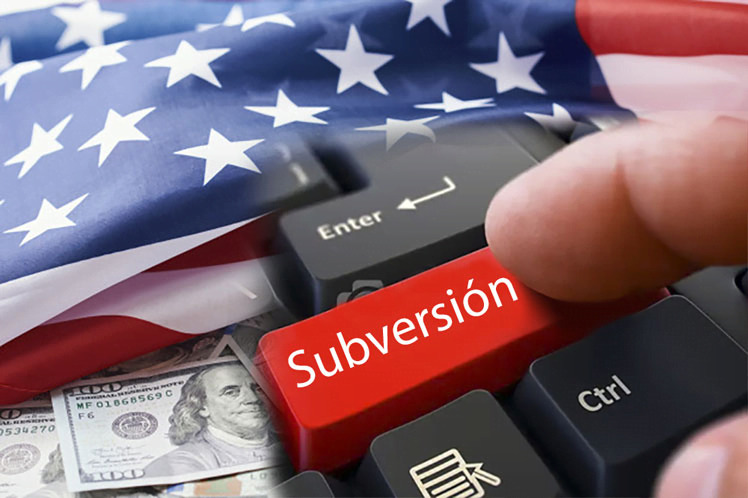 Havana, January 17 (RHC)-- The  National Endowment for Democracy (NED) funding for subversion against Cuba benefited more than 40 organizations, according to the most recent figures disclosed by the Granma newspaper.

Since its inception, NED has functioned as the economic arm of the U.S. government's interference policy, along with the Agency for International Development (USAID), for the benefit of non-governmental organizations (NGOs), says Granma.

In 2020, the amounts sent to these entities ranged from 20 thousand to 650 thousand dollars for training leaders, attention to journalists and bloggers, promotion of art, and denouncing alleged human rights violations.

"According to data released by the NED, during that year, more than five million dollars were invested for that purpose, to which must be added the resources contributed to NGOs and foundations that do not appear in the Cuba chapter, but which act against the island," he specifies.

To this, it must be added the funds channeled through USAID and other similar organizations.

The organization calls Cuba, Nicaragua, and Venezuela "the most authoritarian regimes," countries openly attacked through the network of foundations and NGOs that this entity has.

At the same time, these nations were vilified by the media also financed through these or similar organizations, says the article.

During the pandemic, 2020 and 2021, the administrations of Donald Trump and Joe Biden deepened the blockade with new measures, the analysis recalls.

This policy prevented the entry of medicines, respirators, fuel, and economic resources to face the crisis caused by Covid-19 in Cuba.