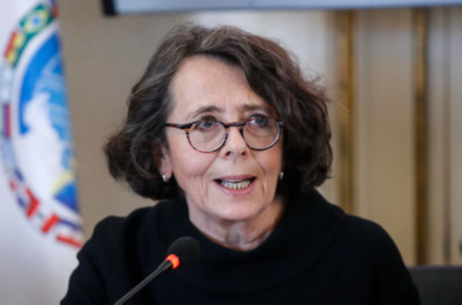 Havana, January 17 (RHC)-- Italy's Deputy Minister of Foreign Affairs and International Cooperation, Marina Sereni, chairs this Monday, together with Cuban Deputy Foreign Minister Gerardo Peñalver Portal, the 6th meeting of the Mechanism of Inter-Foreign Ministries Political Consultations, as part of her visit to Cuba, which began this Sunday.

According to the Ministry of Foreign Affairs and International Cooperation, Sereni's

program includes, among other commitments, a working lunch with a delegation of Italian businessmen present on the island and meetings with government authorities, starting with Deputy Prime Minister and Minister of Economy and Planning, Alejandro Gil Fernández, and Deputy Minister of Justice, Rosabel Gamón Verde.

After visiting some ongoing Italian cooperation projects in the historic center of Havana, Sereni will sign this Monday a memorandum of cooperation for development.