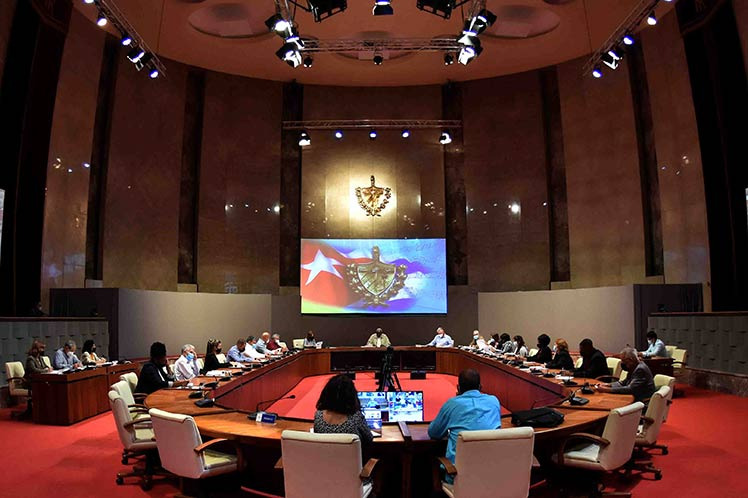 Tuesday's session was attended by the president of this body, Esteban Lazo, and the first secretary of the Central Committee of the Communist Party of Cuba, Miguel Díaz-Canel.

According to the Assembly's web portal, the Food Sovereignty and Food and Nutritional Security bill seeks to establish the legal framework for the protection of the right of every person to acquire nutrients healthily and adequately.

In turn, said the Minister of Agriculture, Ydael Pérez, it regulates the organization of local systems that articulate the production, transformation, commercialization, and consumption of food.

The proposal also includes details on food quality and safety, prevention and reduction of losses and waste of resources, nutritional education, social communication on this topic, and evaluation and control mechanisms.

Likewise, the Council of State agreed that the parliamentarians should analyze the draft law on Personal Data Protection at the next session of the Cuban legislature.

The law aims to establish the elements corresponding to the rights of the holders of their personal information and its exercise and its treatment by individuals or public and private entities.

According to the head of the Ministry of Justice, Oscar Silvera, the document intends to promote, encourage, and disseminate a culture of protection of such data in society.

Both regulations will appear on the website of the National Assembly for their study by the population and their enrichment with the criteria issued through e-mails that will be enabled for this purpose.

During the exercise, Lazo expressed that the current year has great challenges for the work of the Council of State and pointed out that the legislative schedule will be the most intense compared to previous stages.