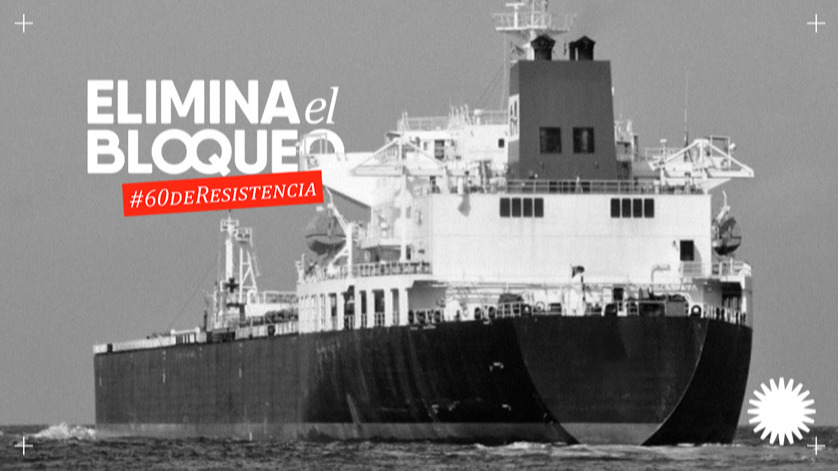 In 2019 alone, 53 vessels and 27 companies were blacklisted. Photo: @BrunoRguezP

Havana, February 8 (RHC)-- Cuban Foreign Minister Bruno Rodriguez denounced Tuesday the persecution of ships, shipping companies and insurance companies to deprive Cuba of fuel, an action he described as criminal on the part of the U.S. government.

On his Twitter account, the foreign minister detailed that in 2019 alone, 53 vessels and 27 companies were blacklisted.   He stressed that Washington's measure persists, and has a sensitive impact for Cuba, in the context of COVID-19.

The US State Department has continued to expand its List of Restricted Cuban Entities, with which persons subject to US jurisdiction are prohibited from carrying out operations.

Mainly included are companies linked to the country's retail trade network, the supply system of the most important needs for the economy and the population, all the nation's hotel facilities and several institutions of the financial sector.

According to the general director of Foreign Trade of the Ministry of Foreign Trade and Investment (MINCEX), Vivian Herrera Cid, in 2021 there was an exodus of the shipping companies MCC and Zim, which expressed that they would no longer work with Cuba to avoid problems due to the effect of the blockade.

According to official figures, the losses of the largest Antillean island as a result of this unilateral policy in the last five years exceeded 17 billion dollars, and the accumulated damages in six decades reach 147 billion, and the value of gold, one trillion 337 billion dollars.