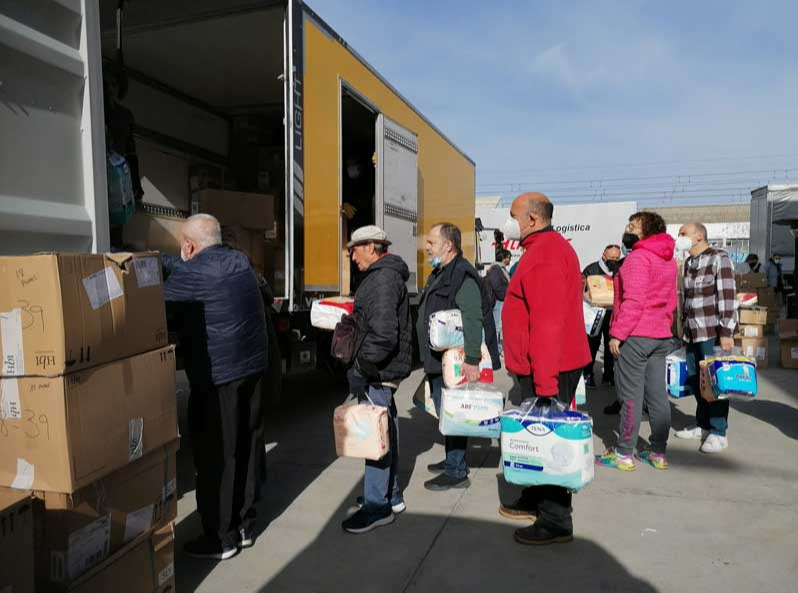 Madrid, February 12 (RHC)-- A container with solidarity aid for Cuba was loaded this Saturday in San Fernando de Henares (Madrid), in an action that marked the starting point for several others in the future.

Valued at some 300 thousand euros, the cargo contains medicines and other materials purchased with the funds from the last two concerts in the Spanish capital by Cuban troubadour Silvio Rodriguez, as well as by several groups belonging to the State Movement of Solidarity with Cuba (MESC).

Solidarity container for Cuba from Spain is ready

According to Prensa Latina, Cuban Ambassador to Spain Marcelino Medina expressed his gratitude for the gesture that coincided with the official presentation of the MESC's Tons of Solidarity against the Blockade of Cuba campaign.

It was a special moment, especially in view of the 60th anniversary of the official imposition of the economic, financial and commercial siege against Cuba by the United States.

The purchase was made with the funds contributed by Rodríguez, but also by MediCuba Spain; the Valencian Association of Friendship with Cuba José Martí; the Miguel Hernández Association of Alicante; Euskadi-Cuba; the Ernesto Guevara Association of Solidarity and Cooperation of Torrejón de Ardoz; the Spanish-Cuban Friendship of Málaga; the Communist Party of Spain and the platform Defensem Cuba of Catalonia.

According to Prensa Latina, the portal Cubainformación, directed by José Manzaneda, the shipping company Nirint also collaborated in this shipment.

Previously, the Catalan solidarity platform Defensem Cuba sent a container to the Caribbean island loaded with sanitary and orthopedic material from the port of Barcelona to the port of Mariel.   Defensem Cuba counted on the collaboration of the company, Cotransa, after collecting donations for months for the largest of the Antilles.

The Catalan association explained that "with this small grain of sand we want to show that Cuba is not alone, that there are millions of us in the world who support the brave Cuban people and the model of society they choose, without interference".

The MESC, made up of 58 collectives in Spain, expects to soon send more donations from Catalonia and the Canary Islands.

The campaign has already had a successful precedent, with the days to collect syringes for Cuba, with which the MESC sent four million of these accessories along with needles for the vaccination against Covid-19 in the largest of the Antilles.

The MESC organizations have opened 15 bank accounts for the campaign Tons of Solidarity against the Blockade of Cuba, which will end on July 26 this year.