Cuba updates procedures for the reception of international cooperation 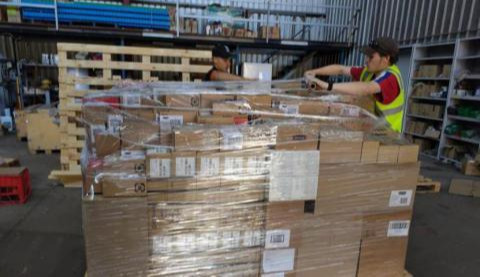 The General Customs of the Republic announced changes in requirements and conditions to be met by organizations, entities, and companies to receive international shipments through Resolution 14 of 2022,  which simplifies the documents to be submitted and the steps by those involved.

Under the new regulations, the entities assigned to formalize the donations must submit to Customs, among other documents, a printed or digital approval text, and an affidavit certifying that the goods to be imported are contained in the international cooperation projects.

During the confrontation of the Covid-19 pandemic, several governments and associations sent aid to Cuba. According to official figures, in 2021, the Caribbean nation received about 135 donations from 40 countries, mainly with medical supplies and food.

The general director of Economic Collaboration of the Ministry of Foreign Trade and Foreign Investment, Magalys Estrada, highlighted in an interview with the Cubadebate portal the role in the management of financial resources of agencies, programs and funds of the United Nations System and international cooperation agencies from different countries in Europe and Asia.

She also thanked the associations of Cubans living abroad and the groups of solidarity with Cuba that have sent donations.