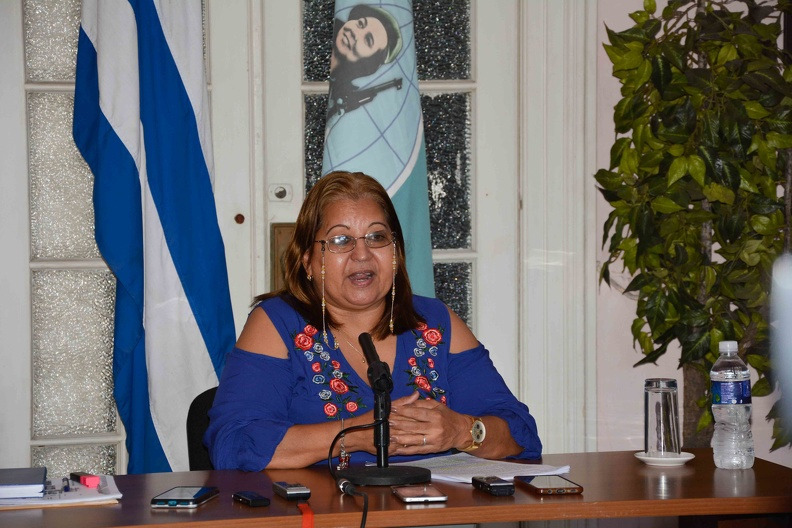 The secretary-general of the Federation of Cuban Women (FMC), Teresa Amarelle.

Havana, February 21 (RHC) The celebrations for International Women's Day, to be held from February 24 to March 15 in Cuba, will include meetings with women from different sectors of society, its organizers announced Monday.

The secretary-general of the Federation of Cuban Women (FMC), Teresa Amarelle, explained that on March 8, there would be a Twitter storm with the tags #InternationalWomensDay and #WomenWithRights.

The day will include book presentations, sports marathons, ceremonies of admission to the organization, a day dedicated to grandparents, and another to work in vulnerable communities.

In a press conference at the organization's headquarters, Amarelle said that there would be an event dedicated to distinguished women of the Revolution and the centennial of the Federation of University Students (FEU).

She added that the event commemorates the first anniversary of the entry into force of the National Program for the Advancement of Women, whose impact will be analyzed in a workshop with organizations and activists.

Amarelle also spoke about the implementation of the Comprehensive Strategy for the Prevention and Confrontation of Gender Violence in the family scenario and acknowledged that there are still weaknesses in the functioning of the FMC in blocks and communities.

Concerning the popular consultation process of the Family Code, Amarelle highlighted its principle of equality, plurality, and the recognition of the rights of women and men.