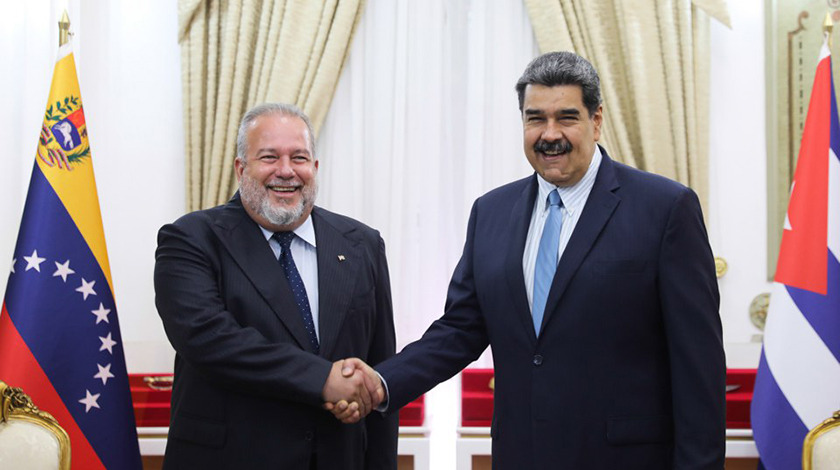 Earlier in the day, the high-ranking Cuban official met with Executive Vice President Delcy Rodríguez, with whom he exchanged on issues related to alliances and the strategic plan between both countries.

Before that meeting, Marrero paid tribute to the father of the homeland, Simón Bolívar, with a wreath at the National Pantheon, accompanied by Foreign Minister Félix Plasencia.

As part of his program in Venezuela, the Cuban Prime Minister and his accompanying delegation also visited the Cuartel de la Montaña to pay tribute to Commander Hugo Chávez.

Marrero Cruz arrived in Caracas at noon on Monday to strengthen bilateral relations. This is the fifth visit made by the official and the first since he has been in his current post.

The Cuban delegation is made up of the Deputy Prime Minister, Jorge Luis Tapia; the heads of the Ministries of Health, Agriculture, and Food Industry; as well as Deputy Ministers of Foreign Affairs, Energy and Mines, and Foreign Trade, among other government officials.