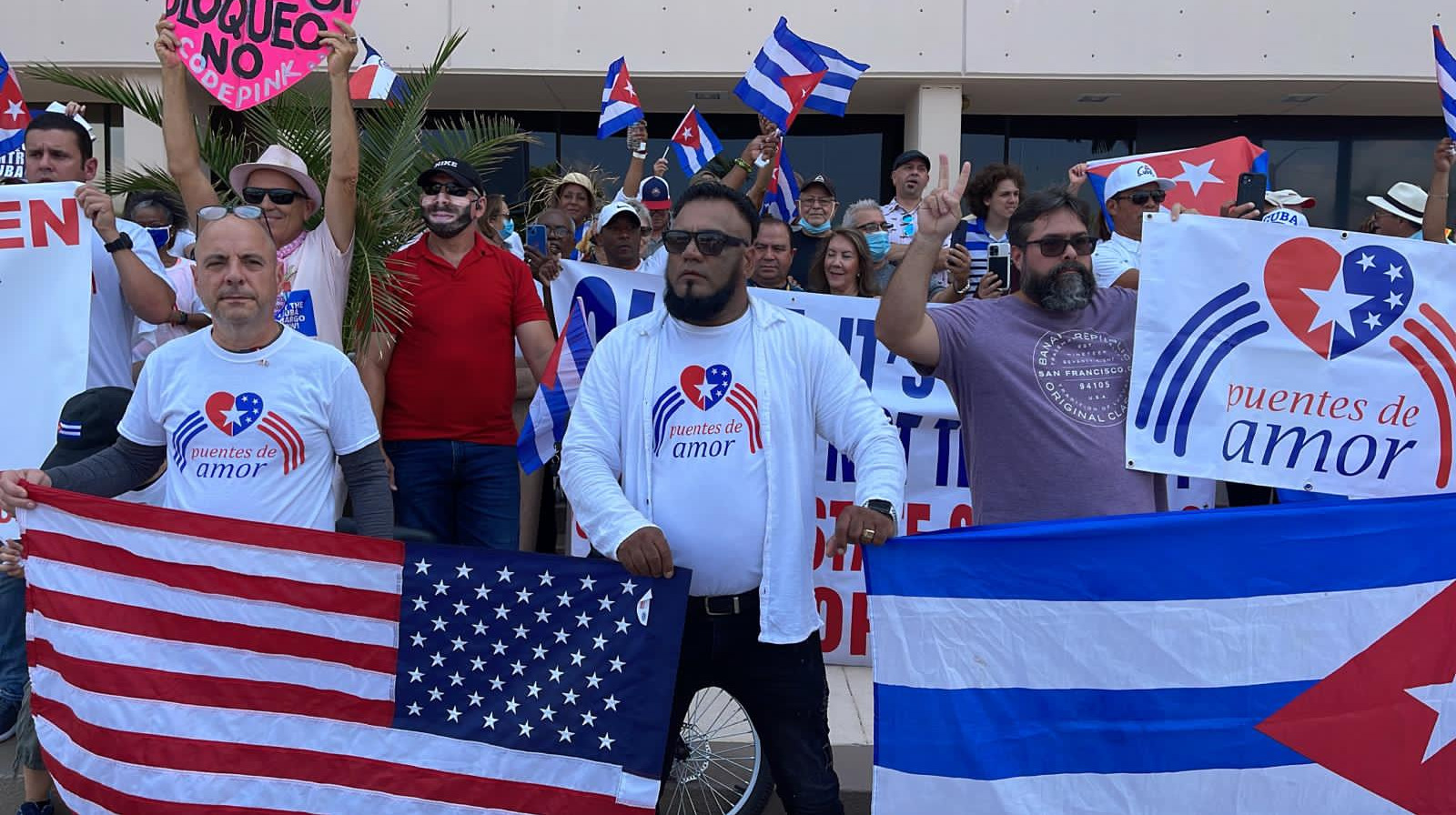 Havana, May 30 (RHC)-- Cuban President Miguel Díaz-Canel thanked the friends who took to the streets Sunday in more than twenty cities to participate in a world caravan to demand an end to the U.S. blockade against the island.

"The bridges of love are indestructible; they reach our island, overcoming any obstacle. Solidarity cannot be blocked," tweeted the President.

Also, on that social media platform, Foreign Minister Bruno Rodríguez highlighted the international support for lifting coercive measures against the Caribbean nation and the normalization of relations between Washington and Havana.

"A new weekend filled with love and solidarity in the face of the persistence of the atrocious U.S. siege that suffocates our people," the foreign minister stressed.

As it has been happening on the last Sunday of every month,  friends and Cubans living abroad mobilized from different cities to demand the elimination of the blockade.

According to the Bridges of Love project coordinator, Carlos Lazo, the caravan in the city of Miami welcomed the announcement made on May 16 by the administration of Joe Biden with alleged relaxation of measures regarding Cuba.

In this regard, he commented that "these are changes that we have been demanding for two years, but they are not enough to satisfy the needs of the Cuban family."

Bridges of Love and other solidarity groups, such as the Antonio Maceo Brigade, demanded that the United States remove Cuba from the list of terrorist nations, "a slanderous accusation that undermines the island's ability to access the international banking system," they said in a statement.

They also demanded eliminating the 243 measures imposed by the Donald Trump administration to tighten the blockade and advocated for greater scientific and cultural cooperation between these neighboring nations.

Havana considers the measures announced this month by the Biden Administration as limited. They include the resumption of the family reunification program, the lifting of the caps on remittances and the reestablishment of flights to provincial capitals.

According to the foreign minister, the blockade is the main obstacle to the nation's development, with devastating effects on the people and damages quantifiable at more than one trillion 326,432 million dollars in the six decades of application of that policy.