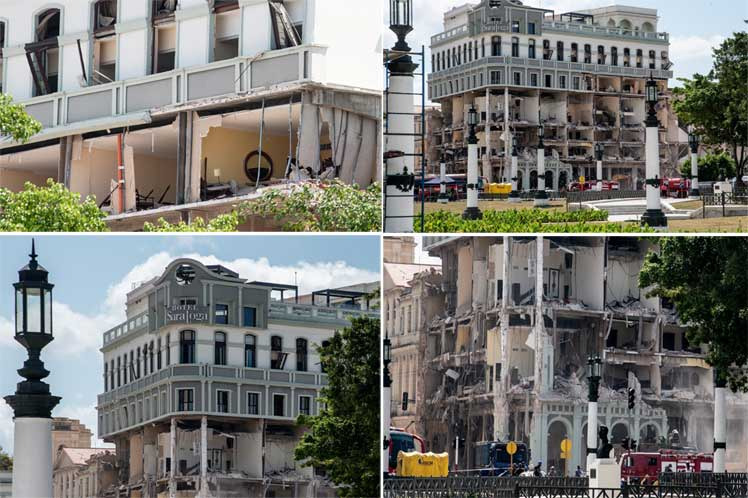 Pyongyang, June 1 (RHC)-- Secretary-General of the Workers' Party of Korea (WPK) Kim Jong Un today received a message of thanks from Cuban President Miguel Diaz-Canel for his condolences following the Saratoga Hotel accident.

In the letter, released by the ACNC agency, the Cuban head of state expressed the gratitude of the people, the Central Committee of the Communist Party of Cuba, and the government of the island for the condolences of the chairman of State Affairs of the Democratic People's Republic of Korea (DPRK).

Díaz-Canel affirmed that the solidarity of sister DPRK encourages Cubans in their efforts to overcome the tragic event.

Likewise, the Cuban President added that these ties between the two countries demonstrate the strength of the historical ties of friendship and cooperation.

Please accept the assurances of my highest consideration and esteem," concluded the message of the Cuban President.

On May 6, a tragic explosion at the Saratoga Hotel, caused by a gas leak, left 46 people dead and  90 injured, most of them workers of the facility and passersby through that busy area of Havana.

The tourist facility, without guests, was preparing to open to customers on May 10.