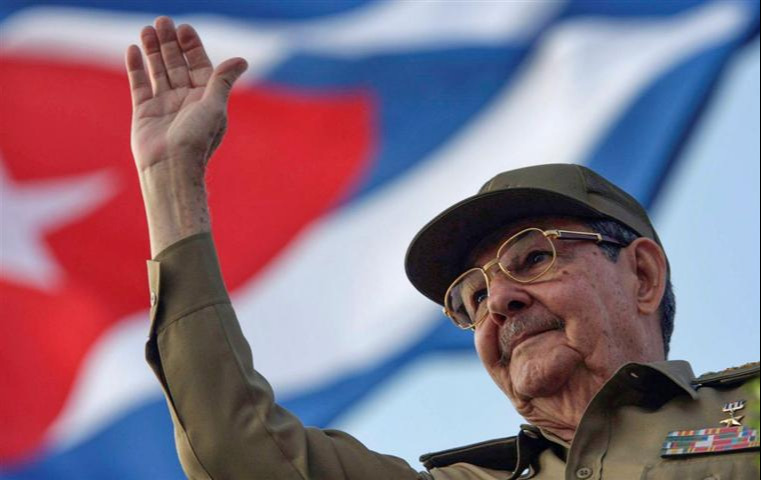 Havana, June 3 (RHC)-- Numerous congratulatory messages have been sent to Army General Raul Castro on his 91st birthday this June 3.

Cuban President Miguel Diaz-Canelal thanked him on Twitter for his teachings, his example, his confidence, and his optimism. "With you at the forefront, a certainty always emerges," the President expressed to him.

It is a privilege to have you close and "with your feet in the stirrup" every day. Cuba embraces you and wishes you good health on your 91st birthday, said Diaz-Canel.

Vice President Salvador Valdés Mesa congratulated the Army General and affirmed that with his foot in the stirrup, Raul continues to watch over the destiny of the Socialist Revolution.

The Ministry of Foreign Affairs, led by its head, affirmed that Raul's example, loyalty, and unconditional dedication to the Homeland and the People, commit and encourage them.

As part of the revolutionary leader's 91st birthday celebrations, a workshop with young people from the Revolutionary Armed Forces and the Ministry of the Interior was held on Thursday in Havana at the Fidel Castro Ruz Center, dedicated to the Army General's trajectory.

The screening of the documentary 'Raul is Raul', the anecdotes of historian Elier Ramirez Cañedo together with journalists Katiuska Blanco Castiñeira and Daily Sanchez Lemus allowed those present to delve into his life and work.

Away from public office but not retired from social events, the Army general recently attended the sessions of the Cuban Parliament, held a meeting with the President of Mexico, and participated in the parade for International Workers' Day along with thousands of people.

Raúl Castro was a protagonist, together with his brother Fidel, in the assault on the Moncada Barracks in 1953, the landing of the Granma yacht in 1956, and the guerrilla struggle of the Sierra Maestra mountains against the tyranny of Fulgencio Batista.

He was the Head of the Revolutionary Armed Forces from 1959 to 2008; in the latter year, he became President of the Councils of State and Ministers for a decade. Also, he assumed the top leadership of the Communist Party of Cuba between 2011 and 2021.

When in April 2021 he left the most important political post in the country, the current Cuban President, Miguel Díaz-Canel, praised the modesty and leadership that have always characterized the guerrilla leader.