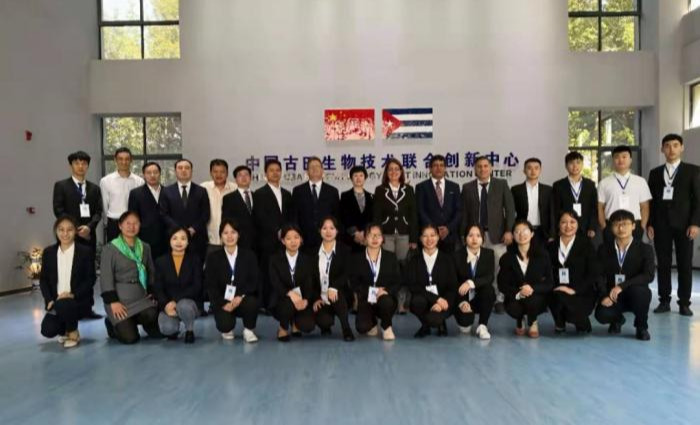 Havana, June 3 (RHC)-- The first patent for the Pan-Corona vaccine, a joint biotechnological effort between China and Cuba, was recently filed at the National Intellectual Property Office of that Asian country.

The president of the BioCubaFarma Business Group, Eduardo Martínez Díaz, made the announcement.

The executive pointed out that this joint research "aims to achieve effective vaccines against coronaviruses. They would have value in the current pandemic and could also be effective against the appearance of new pathogens belonging to this family of viruses."

The project to conceive Pan-Corona arose at the request of the Chinese side, and has the approval of the Cuban Ministry of Science, Technology and Environment, explained Dr. Gerardo Guillén Nieto, director of Biomedical Research of the Center for Genetic Engineering and Biotechnology (CIGB).

He explained that it is based on combining parts of the virus that are conserved and not exposed to variants, with those directed to cellular responses.

He also commented that it is a strategy that could protect against epidemiological emergencies of new coronavirus strains likely to develop.

The Pan-Corona project is based at a joint biotechnology research and development center operating since 2019 in the city of Yongzhou (central Hunan province). It is led by experts from Cuba's CIGB.

The initiative focuses on coronaviruses due to the global crisis caused by SARS-COV-2. It considers that this family of viruses is one of the most prone to jump from animals to humans, with antecedents such as the Middle East Respiratory Syndrome (MERS) or SARS-COV-1.

Pan-Corona is a recombinant antigen, which is the vaccine development platform in which the CIGB has the most significant experience, with successful antecedents such as hepatitis B and two of the Cuban vaccines against COVID-19, one of them Abdala.