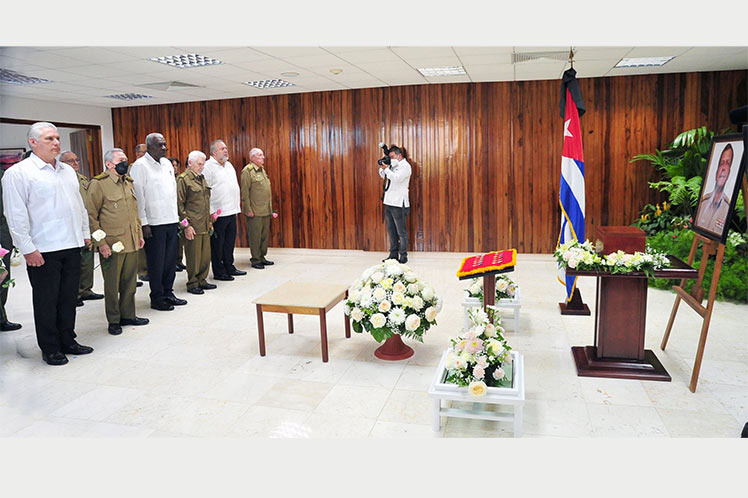 Havana, July 2 (RHC) President Miguel Díaz-Canel and members of the Political Bureau of the Communist Party of Cuba paid tribute on Saturday to Major General Luis Alberto Rodríguez López-Calleja. He died Friday at the age of 62.

The Presidency's website described the posthumous ceremony as a demonstration of "respect from a country to a man who knew how to honor each of the tasks he assumed with loyalty, responsibility, and dedication."

Army General Raul Castro also participated in the tribute and placed a rose in memory of "the one who with so much dedication put his life at the service of the Homeland and the Revolution".

Luis Alberto Rodríguez López-Calleja died on Friday of a cardiorespiratory arrest. At the time of his death, he was serving as executive president of the Business Administration Group of the Revolutionary Armed Forces.

The deceased general, member of the Political Bureau of the Central Committee of the Party and deputy to the National Assembly of People's Power, treasured a brilliant record of service to the Homeland and the Cuban Revolution, said an official statement.