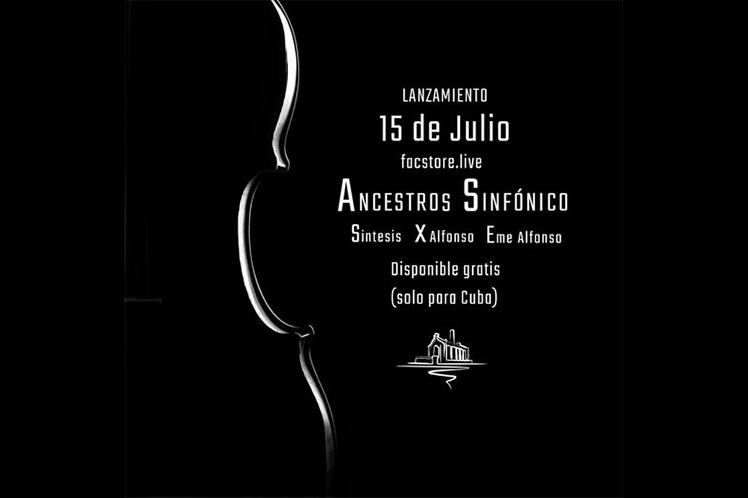 Havana, July 15 (RHC)-- The result of the joint work between X Alfonso, Eme Alfonso, and the group Síntesis, the  Ancestros Sinfónico CD, is available as of Friday on virtual platforms for free download in Cuba.

A sample of traditional sounds and Cuban culture, the album is a gift from the musicians participating in the project to the island's audience, announced singer-songwriter X Alfonso on Facebook.

"The Alfonso Family and Fábrica de Arte Cubano (FAC) have decided to give away, for Cuba, the album Ancestros Sinfónico. These are challenging times, and we hope our music will help them get through them," reads the publication announcing "the good news" on July 5.

For his part, Eme Alfonso said, from Instagram, the pleasure of bringing the album to the listeners of the Caribbean nation, while urging them to listen to "this beautiful" production that was born during the Covid 19  confinement.

According to a press release issued by the FAC's communications team, the CD combines a dozen emblematic themes of Síntesis's repertoire, transformed by the founder and director of the institution, X Alfonso, to form a symphonic suite.

The arrangements of this proposal are inspired by composers linked to the band's history, among them Carlos and Eme Alfonso, Esteban Puebla and Lucía Huergo, under the guidance of the famous guitarist and orchestra conductor Leo Brouwer.

The album was recorded between Portugal and Havana, while the mixing and mastering took place in the United States. It is an invitation to rediscover the legacy of a legendary group such as Síntesis", a defender of ethno-fusion and Afro-Cuban roots, the creators pointed out.

With the FacMusic label, the album was conceived based on the CD Ancestros, recorded 35 years ago by the group, which has recorded 13 albums marked by the coherent combination of the songs and rhythms of the Yoruba religion and Western sonorities.