Pastors for Peace Reaffirms Support for Cuba against U.S. Blockade 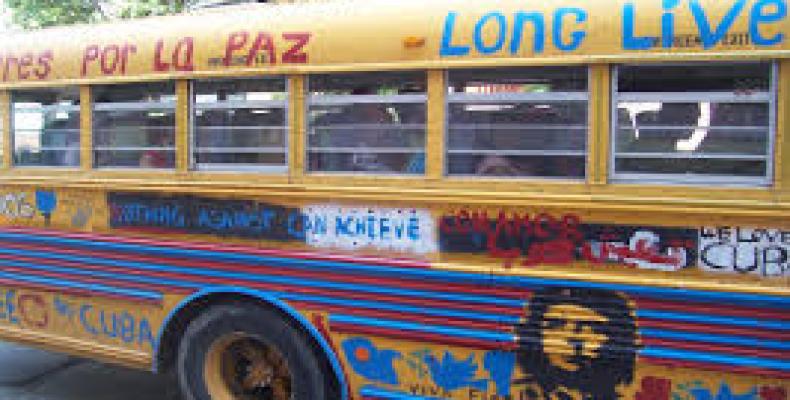 Havana, July 31 (RHC) -– The 25th Pastors for Peace Friendship Caravan reaffirmed on Wednesday, within the context of its visit to Havana, its support for Cuba against the economic, financial and commercial blockade imposed by the United States on the island for over half a century now.

During a visit to the Old Havana building of the Cuban children’s theater group La Colmenita, the co-director of Pastors for Peace, Gail Walker, highlighted that the condemnation of this siege by Washington is increasingly stronger in the United States, the Prensa Latina news agency reported.

In spite of pressures against us due to our progressive stance, we’re committed to this cause and we intend to continue carrying out the work we’re doing, asserted Gail, faithful continuator of the legacy of friendship of her father, the late Reverend Lucius Walker, founder of Pastors for Peace.

The 25th Pastors for Peace Caravan arrived in Cuba on July 24th, after touring 65 cities of Canada, the United States and Mexico, and will stay on the island until August 3rd. During their stay, the caravanistas are carrying out various activities that strengthen their solidarity with the Cuban people.