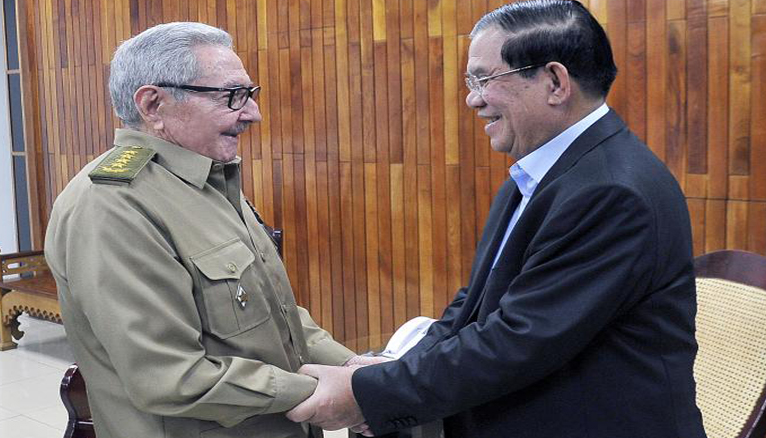 Havana, Sept 26 (RHC) The Prime Minister of the Kingdom of Cambodia, Samdech Techo Hun Sen, concluded yesterday his official visit to Cuba, where he was received by Army General Raul Castro Ruz, and held meetings with the President of the Republic, Miguel Diaz-Canel Bermudez, and the head of the National Assembly of People's Power, Esteban Lazo Hernandez.

In the fraternal exchange, Samdech Techo Hun Sen and Raúl Castro Ruz, leader of the Cuban Revolution, referred to the historic relationship between our countries since 1960, when diplomatic ties were established.

The Premier recalled his visit to Cuba in 1999 when he received the José Martí Order from the hands of Commander in Chief Fidel Castro Ruz. He also highlighted medical collaboration as a pillar in the relations developed over the years. 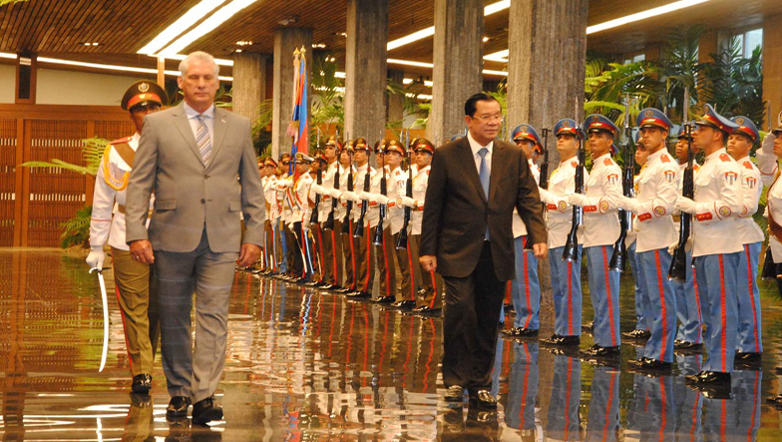 Díaz-Canel and the Prime Minister of Cambodia spoke about the friendship between the two countries during official talks at the Palace of the Revolution.

The Head of State shared with the Cambodian leader his satisfaction because the geographical distance that separates the two nations has never meant a distance in friendship: "on the contrary, we have always been growing in friendship, cooperation, and solidarity".

It is our will, said Díaz-Canel, to continue strengthening political, commercial, and economic collaboration and cooperation, as well as solidarity ties with the brotherly people of Cambodia.

"The relations that united me with Fidel were relations of father and son", said Samdech Techo Hun Sen, and then praised the support given by the Party, the Government, and the people of Cuba, first in Cambodia's struggle against imperialism, and then against the genocidal regime installed in his country.

Yesterday the visitor toured the Fidel Castro Center, met with the President of the National Assembly of People's Power, Esteban Lazo, and signed agreements in the areas of health, sports, and international relations.

The Prime Minister's official visit is the first to Cuba by a senior Cambodian leader since our country joined the Treaty of Amity and Cooperation in Southeast Asia two years ago (Source: Granma newspaper).