Cuban Prime Minister to pay an official visit to Cambodia 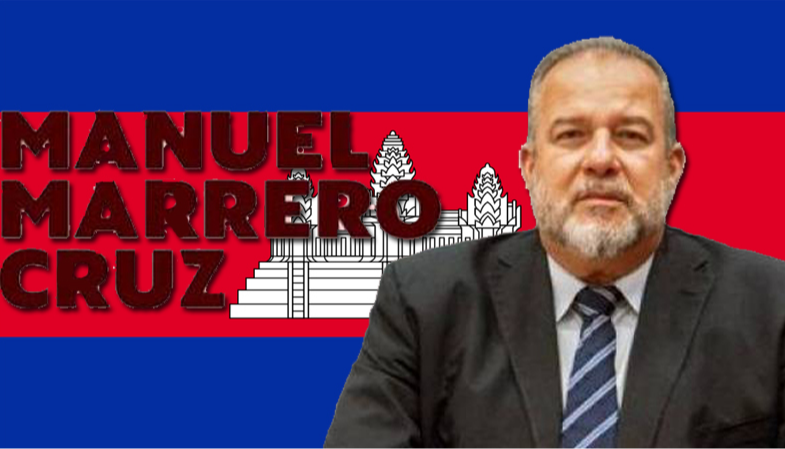 Phnom Penh, Oct 4 (RHC) Cuban Prime Minister Manuel Marrero Cruz will arrive in the capital today for an official visit to the Kingdom of Cambodia, which will last until Oct. 6, completing the last stage of a tour of Southeast Asia that also included Vietnam and Laos.

According to the Ministry of Foreign Affairs and International Cooperation, during his stay in this city, the head of Government will be received in the audience by King Norodom Sihamoni.

He will also pay courtesy visits to the heads of the Senate, Say Chhum, and the National Assembly, Heng Samrin, and will meet with his Cambodian counterpart, Hun Sen, with whom he will witness the signing of documents that will make it possible to expand bilateral cooperation in sports, education, and culture, among other areas.

As part of his agenda, Marrero will also lay a wreath at the Independence Monument and the Royal Commemorative Statue of the late King Father Norodom Sihanouk said the ministry, which valued the importance of this visit to reaffirm the long-standing friendly relations between Cambodia and Cuba.

A little over a week ago, Cambodian Prime Minister Hun Sen visited Havana, becoming the first high-ranking Cambodian leader to travel to the island since Cuba's accession to the Treaty of Amity and Cooperation in Southeast Asia (TAC) two years ago.

On the occasion, Hun Sen and Cuban President Miguel Díaz-Canel witnessed the signing of several agreements in the health, sports, and international relations sectors.

Hun Sen was particularly interested in receiving support in areas such as medicine and sports research and expressed his willingness to evaluate specific collaboration fronts given the XXXII Southeast Asian Games, to be organized by Cambodia in 2023.

The Cambodian head of government also held a meeting with the leader of the Cuban Revolution, Raul Castro, in which he recalled his visit to Cuba in 1999 when he was awarded the José Martí Order by the historic leader of the Revolution, Fidel Castro.

Raul Castro referred to Cambodia's term as president pro tempore of the Association of Southeast Asian Nations (Asean) in 2022 and ratified the will to strengthen Cuba's cooperation with that regional bloc.

Cambodia and Cuba established diplomatic relations on April 15, 1960. Both countries, active members of the Non-Aligned Movement, have developed bilateral dialogue at the highest level and Phnom Penh maintains its support for the island in its struggle against the economic, commercial, and financial blockade of the United States.

The Cuban Prime Minister arrived here from Laos, where he was received by the highest authorities of the People's Revolutionary Party (PPRL), the State, and the Legislative, with whom he ratified the interest in advancing bilateral cooperation in areas of common interest.

He also visited the Phanphet company, dedicated to the production of rice and other products, where, according to what he said on his social networks, he planted a hardwood tree as a symbol of the strength of cooperative relations; the Saysetta Development Zone, and the Laos-Cuba Friendship School. (Source: PL)