Cuban president says our horizon continues to be socialist 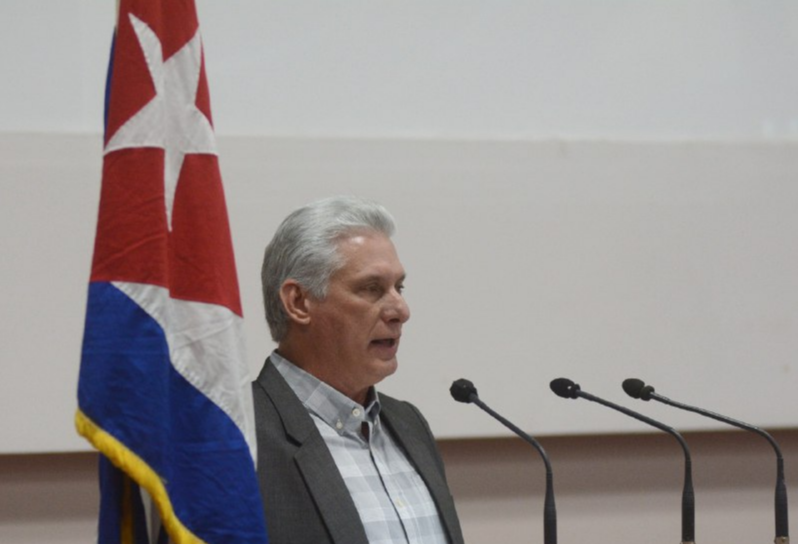 Havana, October 29 (RHC)-- The First Secretary of the Central Committee of the Communist Party of Cuba (PCC) and President of the Republic, Miguel Díaz-Canel affirmed Saturday that the horizon of our country continues to be socialist.

During the closing ceremony of the 22nd International Meeting of Communist and Workers' Parties, the dignitary called for concerted efforts to the more than 140 delegations from 77 parties and 60 countries.

He said that the crisis of capitalism, aggravated by the Covid-19 pandemic, deepened exclusion, social inequalities and favored the emergence of extremist and fascist ideas.

Díaz-Canel stressed that the battle for social justice and socialism requires the unity of the communist and workers' movement and alliances of those who oppose imperialist domination.

He warned that in the midst of the complex international situation, Cuba prioritizes the economic battle, the struggle for peace and ideological firmness.

Diaz-Canel also said that the PCC attaches vital importance to the permanent link with the people and the direct relationship with the problems and aspirations of the people, based on the teachings of leaders Fidel Castro (1926-2016) and Raúl Castro.

In his speech, the party leader called to prioritize the ideas shared by the delegations present in Havana, to enhance the elements that unite and to respect the forms of organization for the struggle that each country assumes.

On behalf of Cuba, he reiterated the internationalist solidarity, the support to Venezuela, to the Sandinista Revolution, as well as to the causes defended by the Saharawi people, Puerto Rico and Palestine.

Díaz-Canel thanked the many expressions of solidarity of the delegates towards the Caribbean island and against the economic, commercial and financial blockade of the United States for more than 60 years.

He stated that no obstacle will be enough to resist, fight and win.