Cubans living in Europe activate caravan to support their country 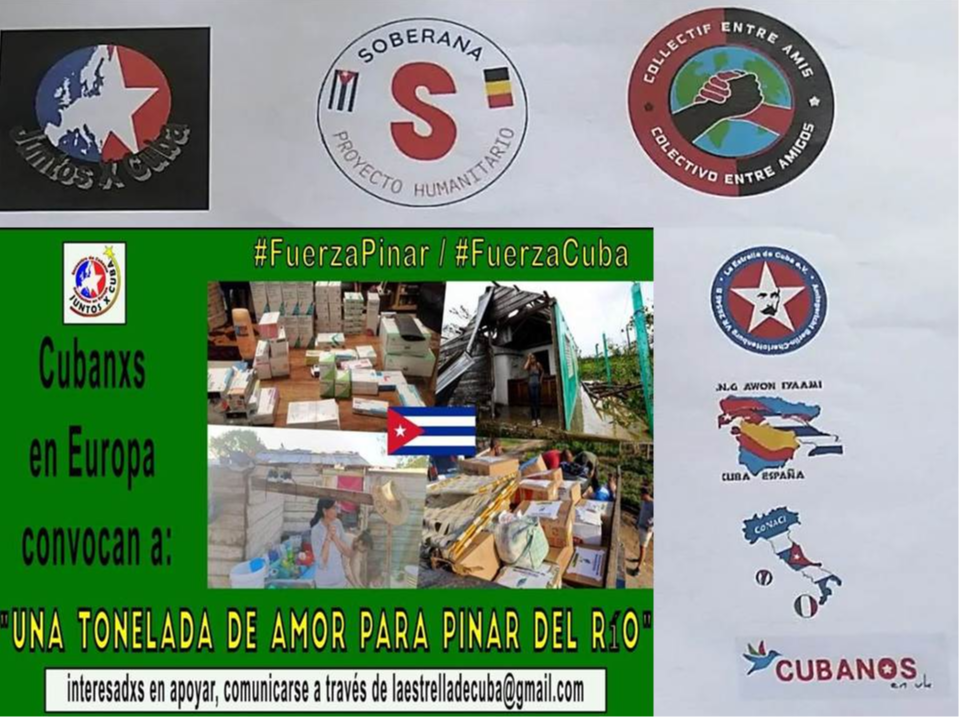 Havana, Nov 10 (RHC) Cubans living in Europe activated this Thursday a caravan to transfer solidarity loads to Germany, from where they will leave for the largest Caribbean Island as part of the initiative 'A Ton of Love for Pinar del Rio'.

Danilo Campos, member of the Juntos X Cuba channel told the Prensa Latina news agency that the first items will arrive tonight in Paris. Sixty kilograms from the United Kingdom were contributed by the association 'Cubans in the UK', thanks to Miriam Palacios and a supportive Algerian. The initiative was launched in response to the damage caused by Hurricane Ian in the western part of the country.

Campos, a member of the Colectivo entre Amigos in France, said that Reinaldo Romero, leader of the humanitarian project Cuba Soberana, will join the caravan in Liege.

Romero explained that the contribution from Belgium consists of 1,500 pieces of clothing for children and adults and footwear, in addition to hospital material, operating room gowns, and toys, with more than 300 kilograms in total.

In Germany, the products collected there and those delivered by participants in a new edition of the Encounter of Cuban Residents in Europe (ECRE), to be held in Berlin from November 18 to 20, will be added. (Source: PL)