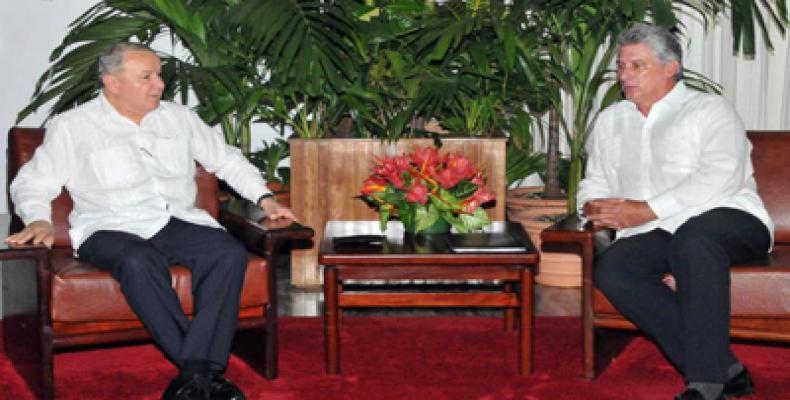 Havana, September 6, (RHC), – Cuban First Vice-president, Miguel Diaz-Canel, met on Friday in Havana with the President of the Latin American Parliament, Elias Castillo Gonzalez, who is attending activities in Cuba for the 50th anniversary of that regional institution.

The two officials exchanged views on the work of the Latin American Parliament and the role being played by Cuba as part of that entity.