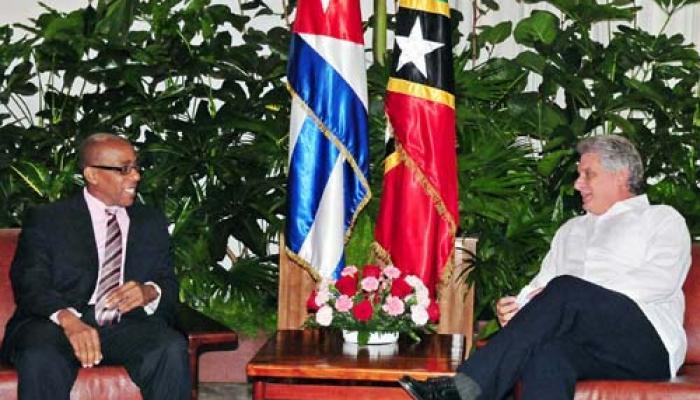 Havana, October 26 (RHC)-- Cuba's First Vice President Miguel Diaz-Canel met Friday with Earl Asim Martin, Deputy Prime Minister and Minister of Public Works, Energy and Public Services of the Federation of St. Kitts and Nevis, who is on an official visit to Cuba.

During the meeting, the two leaders discussed the bilateral relations between the two countries and addressed regional and international issues.

According to the Cuban News Agency, Dr. Earl Asim Martin said he was satisfied with his visit to Cuba, and that it was an expression of the friendship and cooperation that exists between the two Caribbean peoples.