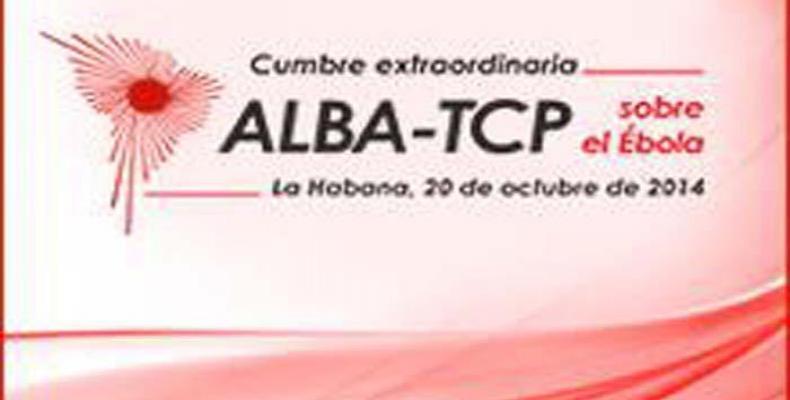 Havana, October 20 (PL-RHC)-- Heads of State and senior representatives of the Bolivarian Alliance for the Peoples of Our America (ALBA) met today in Havana for a special summit to coordinate actions to fight the Ebola outbreak in Africa and prevent its further spread.

Cuban President Raul Castro officially opened the high-level event with a welcoming speech, in which he expressed appreciation for the quick reponse given by regional governments to the call made by the ALBA leadership to address the Ebola issue. He also emphasized the urgency of the situation in West Africa and the rest of the world.

Other speakers included Venezuelan President Nicolas Maduro, who said countries in the region, with the proper preparedness and coordinated action, could fight and defeat the outbreak of Ebola.

Attending the meeting were members of ALBA: Venezuela, Bolivia, Nicaragua, the Commonwealth of Dominica, Antigua and Barbuda, Ecuador, Saint Vincent and the Grenadines and St. Lucia. Delegations from MERCOSUR countries, Haiti, Granada and St. Kitts and Nevis took part as special guests.

Also representatives from international organizations like the United Nations, the Pan American Health Organization (PAHO) and the Organization of Eastern Caribbean States (OECS) participated in the debate to devise a joint regional mechanism to face the impeding danger of the Ebola virus and to prevent the dissemination of the disease in Latin America and the Caribbean.