International Workshop Focuses on U.S. Naval Base in Guantanamo 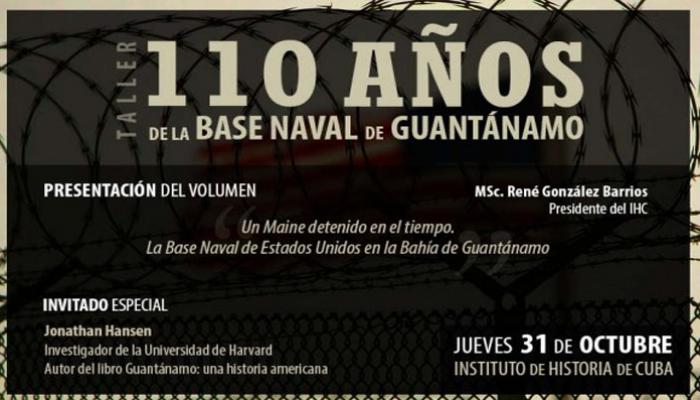 Havana, October 31 (RHC)-- Cuban and foreign experts are discussing the implications of the naval base that the United States maintains in the illegally occupied Cuban territory of Guantanamo.

The workshop entitled The 110-year old Guantanamo Base is addressing the the presence in Cuba of the US military, from the historic, political, legal, diplomatic and aesthetic perspectives.

The forum, organized by the Cuban History Institute, is being attended by Jonathan Hansen, US researcher at Harvard University and author of the book Guantanamo: an American History.

The workshop will review original documents pertaining to the treaties imposed by Washington on Cuba since the early 20th century, when the island was occupied by US troops as a condition to have formal independence.