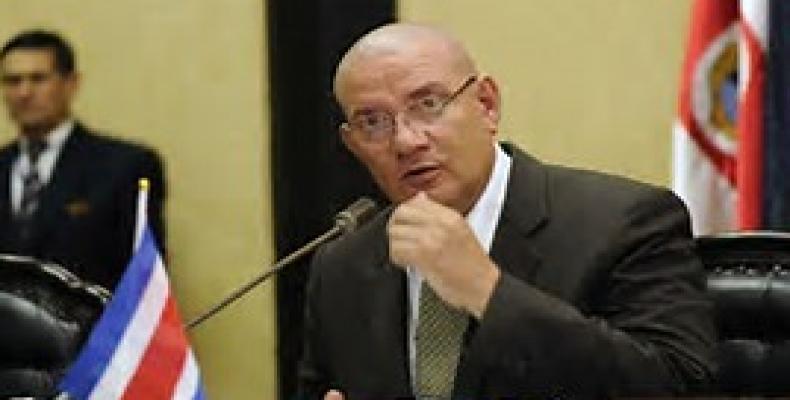 This is the first visit to Cuba from Costa Rica of such a high parliamentary level, according to Esteban Lazo, while assuring it will make a decisive contribution to expanding the bilateral links.

Lazo praised the organization of the recently concluded 3rd Summit of the Community of Latin American and Caribbean States, hosted by Costa Rica.

The meeting was also attended by the vice president of the Cuban Parliament, Ana Maria Mari Machado, and the chairperson of the Commission on International Relations of that body, Yolanda Ferrer.