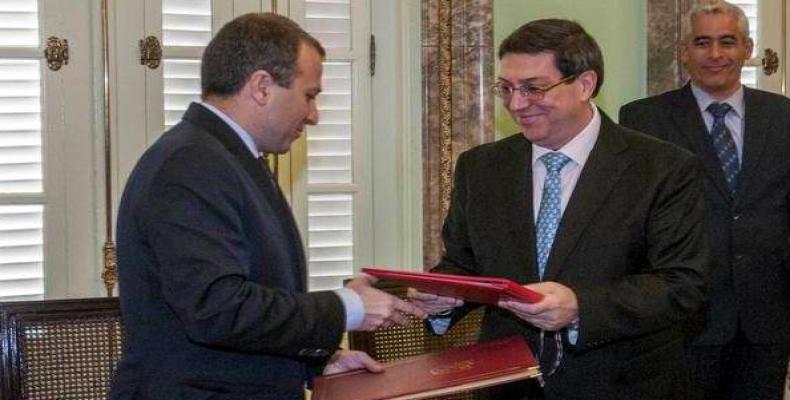 Havana, February 21 (RHC) – Cuba and Lebanon signed a cooperation agreement on Friday, in the framework of a visit by Lebanese Foreign Minister Gebran Bassil to Havana.

Bassil and his Cuban counterpart, Bruno Rodriguez, signed an agreement to boost diplomatic collaboration between their foreign ministries, according to a statement released Saturday by Bassil's media office.

Bassil in turn congratulated his counterpart on the recent rapprochement between Cuba and the United States, saying "the revolutionary spirit of the Cuban people" led to this positive result.

He hoped that the Lebanese community in Cuba, which is estimated to be comprised of about 30,000 people, will help the bonding process between the two countries and their citizens, especially in terms of economic and cultural relations.

Parilla had held a reception ceremony for Bassil upon his arrival to Havana, to which all ambassadors to Cuba were invited.

This is the first official visit by a Lebanese foreign minister to Havana since 1970.