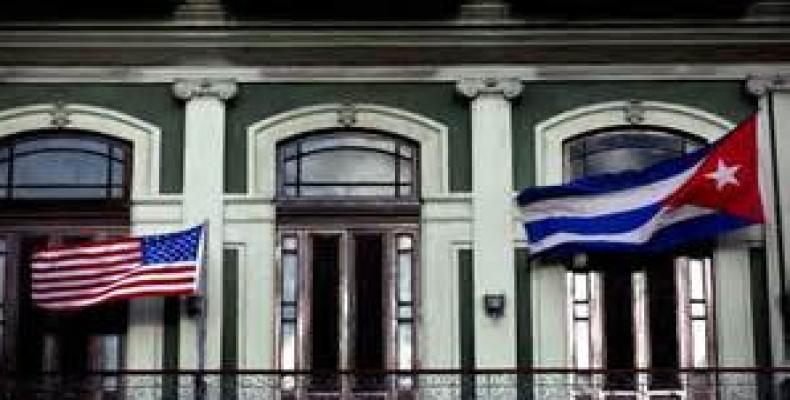 Washington, February 26 (RHC)-- The Cuban delegation to the second round of conversations with the United States, presided over by the General Director for United States at the Foreign Affairs Ministry, Josefina Vidal, arrived in Washington on Wednesday.

The second round of U.S.-Cuba talks, which will be held Friday at the massive limestone Department of State building in a wintry Washington D.C., is expected to be a 'nuts-and-bolts' negotiating session to restore diplomatic ties between the two nations.

This new round of talks between Cuba and the U.S. will resume the dialogue initiated in January this year in Havana to reestablish diplomatic relations and the opening of embassies in both capitals.

Josefina Vidal and the rest of the members of the Cuban delegation will carry out an intense program of activities during their stay in the U.S. capital.

A senior U.S. State Department official said Wednesday this round of conversations will be devoted entirely to matters related to opening embassies -- unlike the Havana talks -- which also included discussions about human rights and areas of mutual cooperation such as the fight against Ebola, environmental protection and combating human and narcotics trafficking.