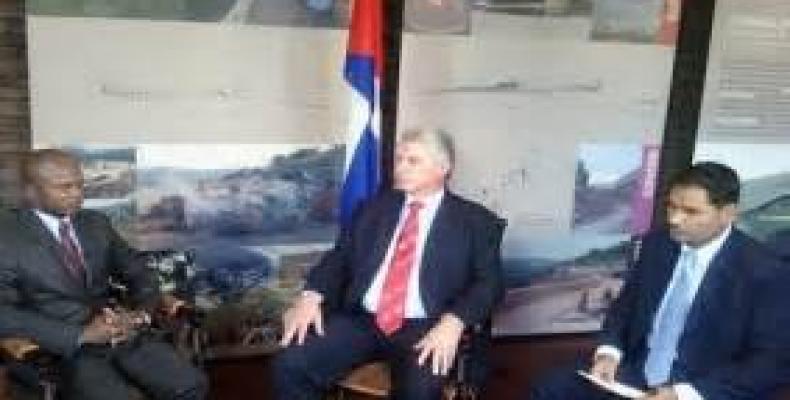 During the meeting, Diaz-Canel and Blade Nzimante stressed the historic bonds of friendship between their two nations and the two communist parties.

The Cuban first vice-president reiterated his country´s firm support of African nations and South Africa in particular and thanked that country´s stance for Cuba in its struggle against the US economic blockade.

He also extended the appreciation of the Cuban people to the South African Communist Party, the African National Congress, the unions and the Association of Friends of Cuba for their role in the struggle for the release of the five Cuban anti-terrorist fighters who were held in US prisons for 16 years.

Meanwhile, Nzimande, who is also minister of Education, congratulated the Cuban people for their long-time resistance against foreign aggressions and he expressed his conviction that Cuba will meet its goals.

Since 1994 a coalition of the African National Congress, the Communist Party and the Congress of South African Unions (COSATU) has ruled South Africa following the first multi-racial elections held in the African nation.

The top government Cuban official arrived Monday in Johannesburg as part of a three-leg African tour.