University Graduates Account for over 10 Percent of Cuban Population 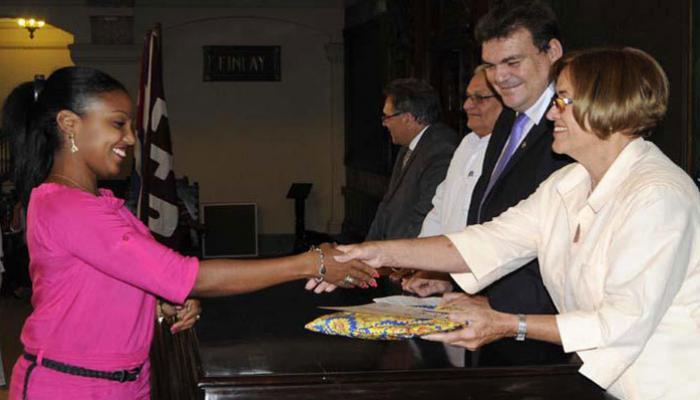 Varadero, Cuba, April 08 (RHC) Cuba counts on over one million university graduates, representing 11.1 percent of the population and 18,7 percent of its labor force, according to a higher education official.

Fernandez said the island´s universities count on 35,000 professors, 25 percent of them with a PhD degree and 40 percent with a Master´s diploma.

Cuba dedicated 12.9 percent of its Gross Domestic Product to its general education system, and 4 percent to higher education, despite its limited resources due to the US economic blockade, said the official.

The International Conference on Sustainable Development, ending on Thursday, was organized by the University of Matanzas.