Raul Meets with President of U.S. Chamber of Commerce 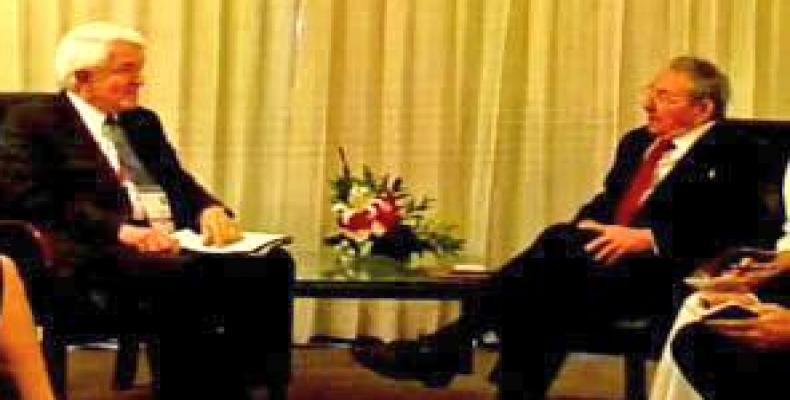 Panama City, Apr 11, - Cuban President Raul Castro met on Friday in Panama with the President and CEO of the Chamber of Commerce of the United States, Tom J. Donohue.

The meeting was part of the agenda of the head of state prior to the beginning of the 7th Summit of the Americas on Friday night.

According to the Prensa Latina news agency, this was the second meeting between the Cuban head of state and the high U.S. official, who had visited Havana in May, 2014.

Present at the meeting, in which topics of interest for the two countries were tackled, was the vice-president for the Americas of the International Division of the U.S. Chamber of Commerce, Jodi Hanson; and the Cuban Minister of Foreign Trade and Investment, Rodrigo Malmierca.

Also taking part in the meeting were Cuban Deputy Foreign Minister Rogelio Sierra and the director of the United States office of the island’s Ministry of Foreign Affairs, Josefina Vidal.