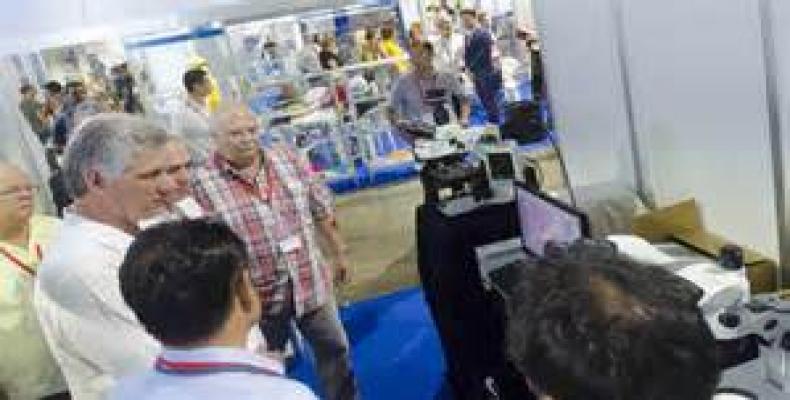 Díaz-Canel toured the Pabexpo exhibition center, where 197 firms from 30 countries, showed the latest developments in the fields of health techniques and technologies.

“This trade event, said the Cuban first vice president, reflects the hard work being carried out by the Cuban Ministry of Public Health and its significant achievements.”

It was an all-embracing event. It reflects perfectly the achievements of our country's public health system, the high prestige it enjoys internationally and also the close cooperation relation Cuba maintains with several foreign medical devices and equipment manufacturing firms.

We can not separate the success of the trade fair from the success of the scientific event, where fruitful exchanges took place focused on the pressing health issues in today's world, including medical research and health policies.