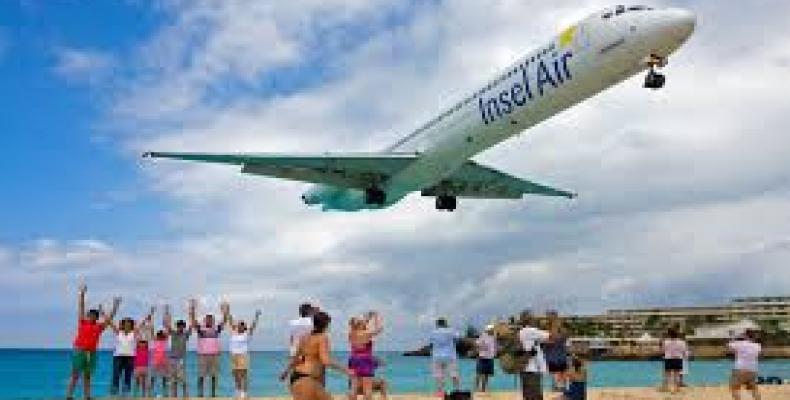 Willemstad, May 7 (RHC-PL) -- The Caribbean airline Insel Air will operate two direct flights between the capitals of Cuba and Curacao starting next July 3rd, the Curacao Chronicle reported.

Willemstad-Havana flights will operate on Mondays and Fridays lasting about two and a half hours. The company will use its Fokker aircrafts with capacity for 70 passengers. Tickets are already on sale.

Havana thus will become the twenty-third destination covered by Insel Air, an airline operating since 2006 and based in the capital of Curacao.

This airline has routes to and from countries like Aruba, Venezuela, Colombia, Guyana, Jamaica, the United States, Suriname, Haiti, Trinidad and Tobago, Dominican Republic, Puerto Rico and Spain.