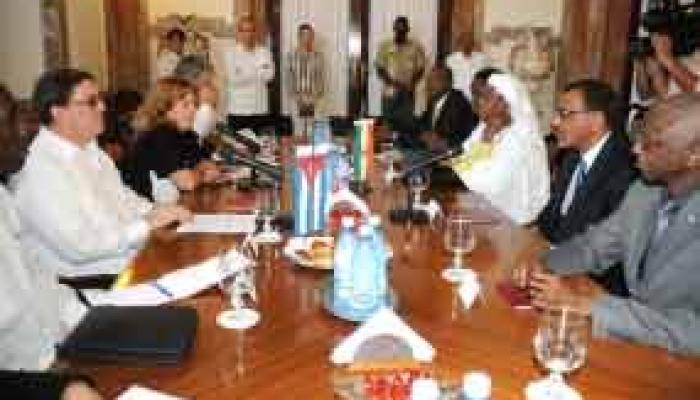 Havana, November 15 (RHC)-- Mohammed Bazoum, the Minister of Foreign Relations of Niger, has praised in Havana the high quality of the Education that young people of Niger have received in Cuba, where, as part of the cooperation agreements signed by both countries, they have graduated as medical doctors and professionals in other fields.

The African leader, also Minister for Cooperation and, African Integration, praised the high level of social achievements in Cuba, especially in terms of Education and Health. He added that there are other fields in which student exchanges are possible.

Bazoum met in Havana with Foreign Minister Bruno Rodriguez, who expressed his own satisfaction over the strengthening of ties between the two countries.

Rodríguez said that Cuba is aware of the importance of its ties with the Sub-Saharan Africa and wants to continue strengthening relations especially with Niger and its 15 million inhabitants,

Later in the day, Foreign Minister Bazoum was received by the Vicepresident of the Cuban Council of Ministers Ricardo Cabrisas. Cabrisas thanked the visitor for both Niger’s UN vote against the US Blockade of Cuba and for the election of Cuba as member of the UN Council of Human Rights.

Over 300 Cuban experts in several fields have been working in Niger since the nineties, and 28 scholarship students from Niger are enrolled in higher education centres in Cuba today.