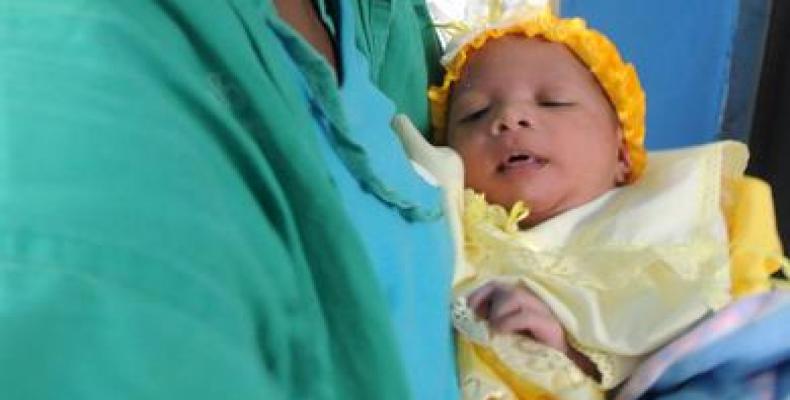 Camagüey, June 12 (RHC-AIN)-- The Cuban province of Camagüey holds the lowest rate of infant mortality in the nation during the first half of 2015, a result unprecedented in the province and of great importance because of a slight increase in the birth rate.

Since January this year, 3,400 births have been recorded in that eastern province, 71 more than in the same period last year. According to official data, the infant mortality rate remains at 1.9 deaths per one thousand live births.

Reports from specialists in the Mother and Child Care Program say complications in childbirth and early childbirth associated with teenage pregnancy are the major causes of mortality.

The Cuban province of Camagüey ended 2014 with a rate of 4.7 deaths per one thousand live births, very similar to the rate in highly development countries such as the United kingdom, France, Spain or Sweden.