Solidarity With the Cuban Five Grows Around the World 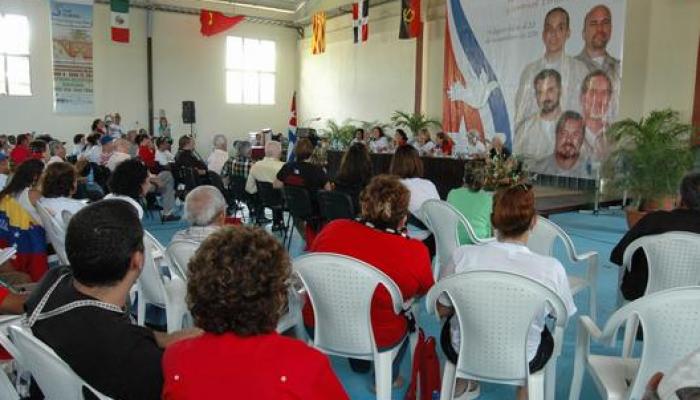 Holguin, November 16 (RHC). – World Solidarity with the cause of the Cuban Five, unjustly incarcerated in the United States, is growing around the world, said the president of the Cuban Friendship Institute Kenia Serrano during the 9th International Colloquium for the freedom of the Five and against Terrorism, in eastern Holguin province.

Serrano put as example of the growing support the presence of delegates from 51 countries at the international forum, which she noted it has been the largest foreign representation in successive meetings for the liberation of those Cuban heroes, who were sentenced at a biased Miami trial after they monitored violent organizations that planned terrorist actions against Cuba.

World solidarity with the Five takes place every day around the world, Serrano told the audience, who cheered the presence at the Conference of Rene González, one of the Five, released from a US prison after serving his prison sentenced and achieving the modification of his parole in exchange for the renouncing to his American citizenship.

Addressing participants at the forum on Friday, Gonzalez highlighted the strong spirit and moral of his four compatriots Gerardo Hernandez, Antonio Guerrero, Ramon Labañino and Fernando Gonzalez, who are still serving unfair prison sentences in different US jails.

The meeting in solidarity with The Five held the Eastern Cuban city ofHolguin is the prelude to the Third Meeting of World Solidarity with Cuba, to take place in Havana in October 2014.