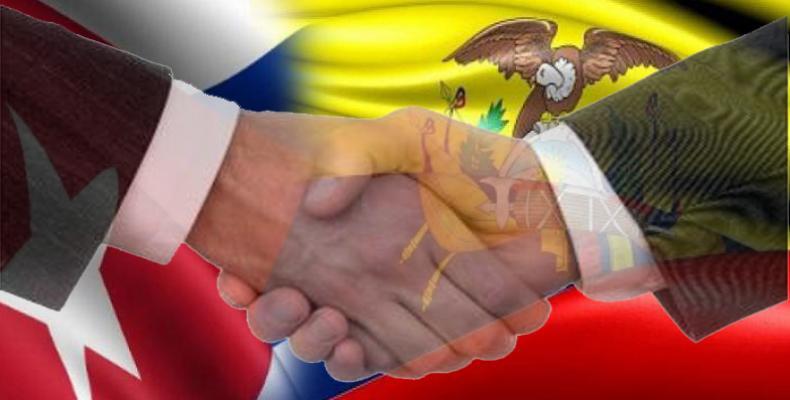 Havana, June 16 (RHC)-— Cuba has expressed its solidarity with the Ecuadorian people and the government of President Rafael Correa in the face of attempts to generate a crisis and unleash violence with the aim of destabilization.

A statement issued by the Revolutionary Government of Cuba says that since June 8th, the Ecuadorian government headed by President Correa,
has faced violent actions in several cities and attempts to defeat the Citizens' Revolution in that country.

Oligarchic circles, backed by local media outlets, social networks on the Internet and the corporate media, are trying to discredit the legitimate Ecuadorian government, generate a crisis and unleash violence in a stable and peaceful country, the statement notes.

President Correa and other leaders from the Alianza Pais party have strongly denounced these new, coup-oriented attempts and have led the people's mobilization in defense of their Revolution and against a plan that would receive right-wing support from abroad, according to denunciations.

The statement says Cuba expresses its firm and full solidarity and support of the Ecuadorian people, their Revolution and their leader Rafael Correa.

The statement also calls for respect of juridical order in Ecuador and rejects any interference in the internal affairs of that country, in accord with the declaration of Latin America and the Caribbean as a Zone of Peace.