Youth Festival in Havana Ends With Declaration Against Imperialism 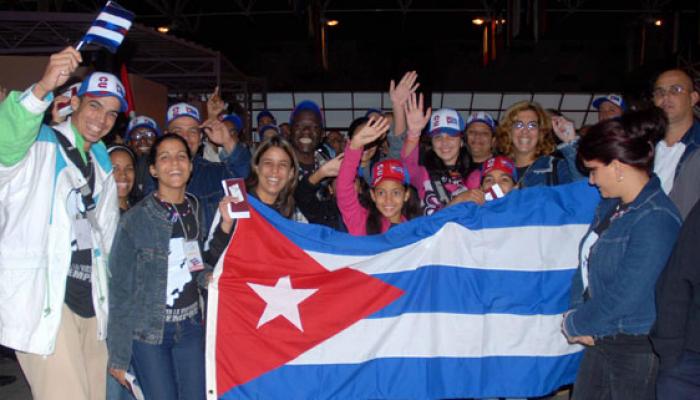 Havana, November 18 (RHC) —- A final declaration issued by an Anti-imperialist Court that forms part of the Havana Province Youth Festival has condemned violations of International Law by the United States Government as against life, justice and peace.

The Court heard witnesses that testified to U.S. crimes in Cuba and other parts of the world.

The Court’s sessions were part of activities of the Youth Festival in Havana that were held during three days at the Cuba Pavillion, and were dedicated to the 18th World Festival of Youth and Students, to be held in Quito, the Ecuadorian capital, next month.

Commissions on Education, Culture, Technology, Peace, War and Imperialism took place during the three days and heard reports from the delegates and issued conclusions that will be part of the presentations that the Cuban Youth and Student delegation will present at the World Festival in Ecuador in December.