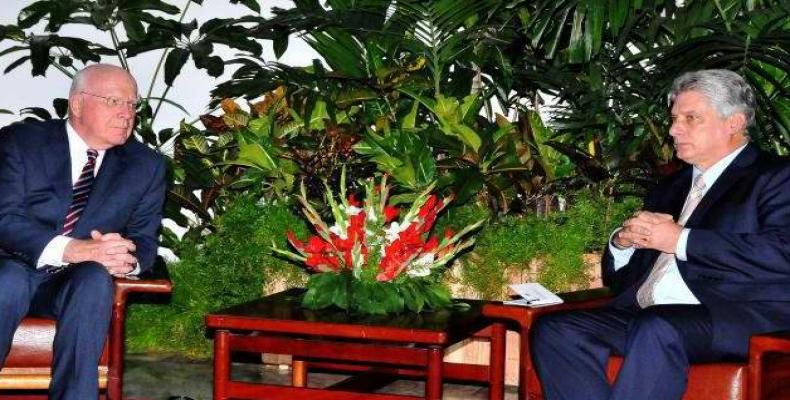 During the meeting which took place on Friday, Cuba's first vice president spoke with the senators about the current debate taking place in the U.S. Congress concerning the elimination of restrictions on travel to and trade with Cuba, as well as lifting the U.S. blockade against Cuba.

The meeting between First Vice President Miguel Diaz-Canel and the U.S. senators was attended by Josefina Vidal Ferreiro, the Director General of the U.S. section of the Cuban Foreign Ministry and other diplomatic representatives.