Carnival kicks off in Havana 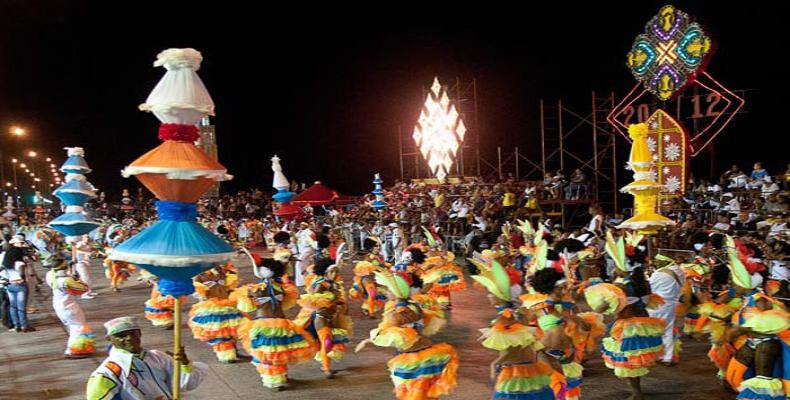 Havana, Aug 8, (RHC), – With colorful dance parades and lively music the Havana Carnival kicked off Friday night. The fest will lighten up Havana until August 16.

Every year, thousands of Cubans look forward to the traditional carnival festivities, a colorful and explosive show of allegoric floats and dancers.

The carnival is one of the country's oldest traditions that dates back several centuries ago, when black slaves held collective marches and dances to commemorate the days of Corpus Christi and the Epiphany.

Authorized by their Spanish masters, the slaves enjoyed a few days off once a year, and every January 6, on the day of Epiphany, they were allowed to reproduce the songs and dances they had brought from their African homelands.

Dates have changed with the passing of time, and in the past few decades, the carnival is held in summer, a period in which most Cubans are on vacations.