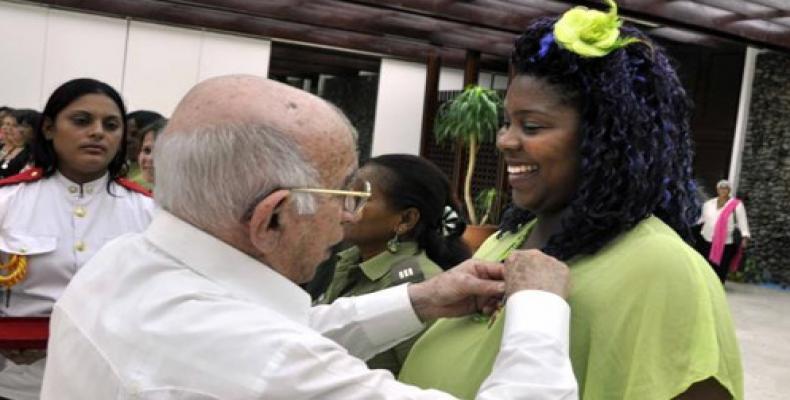 Havana, August 20 (RHC) --- Cuban Vice President of the Councils of State and Ministers, Jose Ramon Machado Ventura, gave a group of Cuban women the August 23rd Distinction, the highest award granted by the Federation of Cuban Women – the FMC – for an outstanding track record in different sectors.

After awarding 37 professionals in the VIP lounge at El Laguito, in Havana, Machado Ventura, who also serves as Second Secretary of the Central Committee of the Communist Party of Cuba, highlighted the progress of women compared to previous decades, and said that cultural problems and differences are being overcome.

Machado Ventura emphasized the progress of the FMC and pointed to meetings that have been held in the communities, where they have exchanged with women, self-employed people and youth groups. He said that such actions are needed to strengthen and give continuity to the organization.