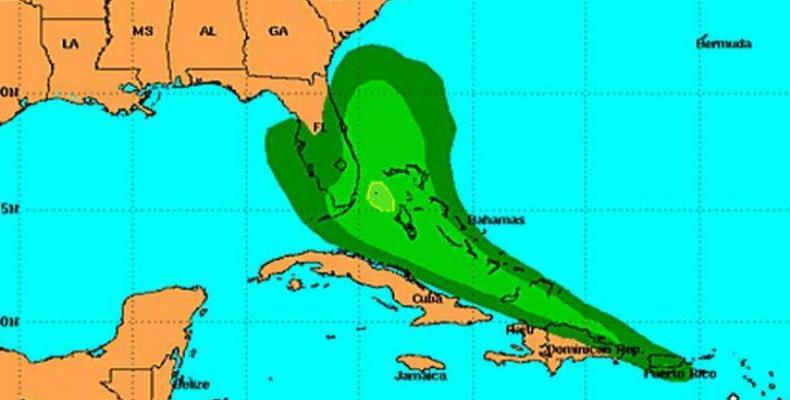 Havana, August 29 (RHC) -- People in the eastern-most territory of Cuba woke up on Saturday to heavy rains brought by Tropical Storm Erika, now located some 100 km south of Guantanamo.

Erika, which Saturday morning weakened to a Tropical Depression, was losing intensity as it drenched Haiti and the Dominican Republic early Saturday. But it left devastation in its path, killing at least 20 people and leaving another 31 missing on the small eastern Caribbean island of Dominica, authorities said.

The U.S. National Hurricane Center in Miami said that mountains and an unfavorable environment would likely knock Erika below tropical storm force, although there had been a small chance it could recover as it moved along Cuba and then approached Florida late Sunday. By early Saturday, the center said the storm appeared to be dissipating.

Erika is a particularly wet storm, and it is moving across a region that has been struggling with drought.

The Hurricane Center earlier said Erika or its remnants will move near or over portions of eastern Cuba on Saturday and move near central Cuba Saturday night.