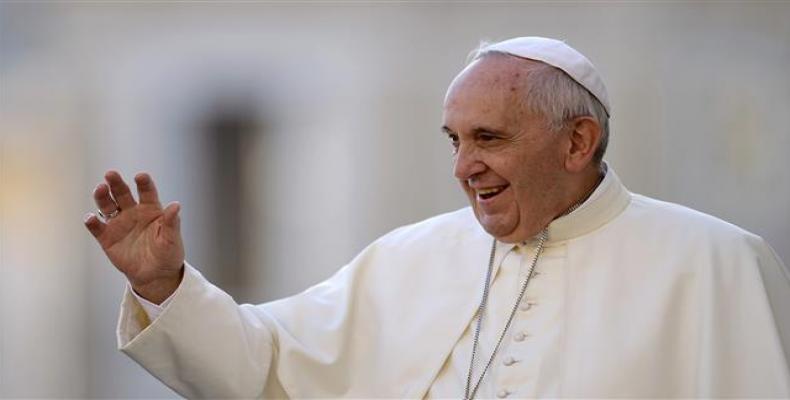 Havana, September 17 (RHC)-- Cuban television will broadcast a video message sent by Pope Francis to the Cuban people on occasion of the Holy Father's upcoming visit to Cuba from September 19th through the 22nd.

An article in Thursday's edition of Granma newspaper highlights that the message will be aired at 8:30 p.m. local time, and that it is part of the information on the Pontiff's apostolic trip.

During his stay in Cuba, the Bishop of Rome will officiate masses in the Cuban cities of Havana, Holguin and Santiago de Cuba, and will hold official talks with Cuban President Raúl Castro, among many other activities.

During a press conference on Wednesday in Havana, Cuban Foreign Minister Bruno Rodríguez said that the visit to Cuba of the first-ever Latin American pope will be a memorable event.

On Thursday, foreign press centers were simultaneously activiated in the three Cuban cities that will be visited by the head of the Catholic Church. The press centers are operating at the Hotel Nacional de Cuba here in Havana, and at the Pernik and Meliá Santiago de Cuba hotels, in Holguín and Santiago de Cuba, respectively. A total of 900 foreign and 300 Cuban correspondents have been accredited to cover the pope's visit.