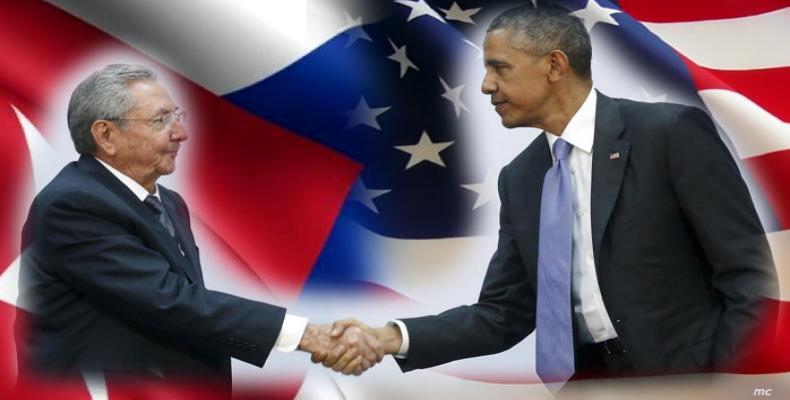 Havana, September 19 (RHC)-- Cuban President Raul Castro held a phone conversation on Friday with U.S. President Barack Obama, prior to his visit to New York for the Summit on the Post-2015 Development Agenda and the high-level segment of the 70th Session of the UN General Assembly, next week.

A news release by the Cuban Foreign Ministry reads that the two heads of state exchanged views on the steps taken since their meeting in Panama during the Summit of The Americas, including the re-establishment of diplomatic relations and the opening of embassies in the two countries, as well as the agenda on issues to be discussed over the next months as part of the process towards the normalization of bilateral relations.

Raul Castro and Barack Obama also spoke about the upcoming visit to Cuba and the United States by Pope Francis, and recognized the Holy Father's contribution to the beginning of a new stage of relations between the two nations.

As to the regulations announced on September 18th by the U.S. Treasury and the Department of Commerce, which complement those implemented on January 16th, the Cuban president stressed the need to further their reach and definitively eliminate the blockade policy in the benefit of the two nations.

The Cuban president ratified his country´s willingness to advance relations with the United States on the basis of respect and sovereign equality.