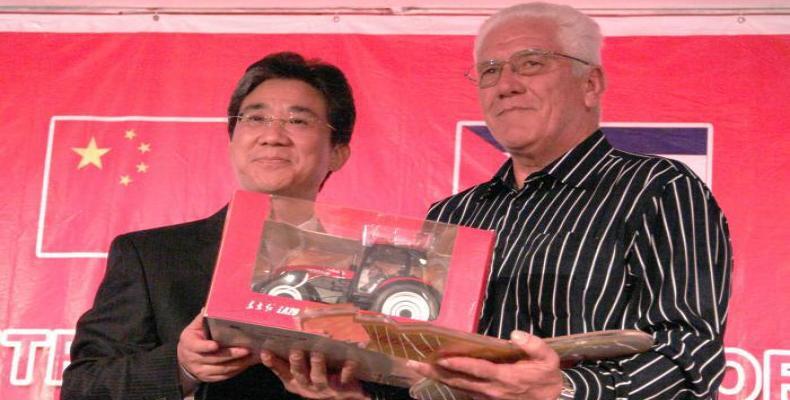 The purchase was the result of a contract between YTO and the Cuban Technical Product Import Company (TECNOIMPORT). The symbolic ceremony to hand in the tractors to Cuba was held in Havana on Monday in the presence of Wang Er Long, vice-president of the board of directors of the Chinese corporation.

Wang said that the accord is not the first, but it is the most important of its kind with Cuba, as it constitutes an expression of the excellent relations between the two nations.

The general director of the Institute for Agronomic Research, Pedro Sotto, stressed the significance of the purchase which was done thanks to the guarantees and payment terms offered by the Chinese manufacturers. He added that the new equipment will support prioritized activities, such as the production of grains, sugar and milk.

Meanwhile, Chinese ambassador to Cuba Zhang Tuo said at the ceremony that bilateral relations have climbed to higher levels since they were established 55 years ago. Zhang Tuo thanked the Cuban government for trusting once again the industrial capacity of China and its support of Cuba on its route to social and economic development.

And the acting director of the Cuban company Tecnoimport, Ulbicio Hernandez, said that increasing the presence here of Chinese equipment is an objective of the country due to the strong bonds of friendship and cooperation between Havana and Beijing.