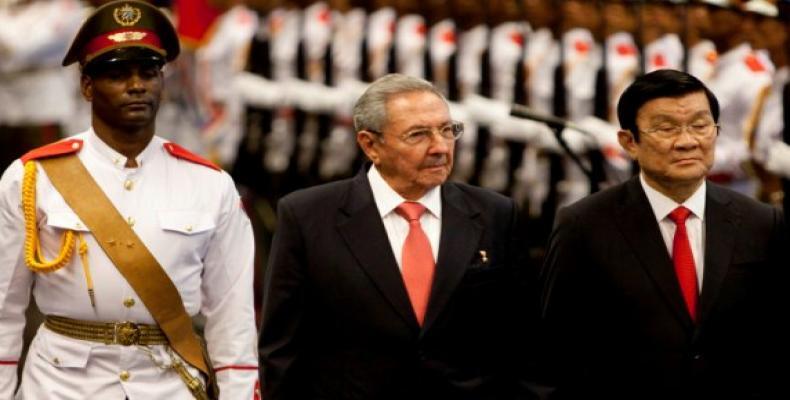 Havana, September 30 (RHC)-- Vietnamese President Truong Tan Sang concludes an official visit to Cuba on Wednesday, during which he held talks with his Cuban counterpart Raul Castro and was awarded the Jose Marti Order, the top distinction granted by the Cuban Council of State.

During the official talks, Truong Tan and Raul Castro stressed the excellent state of bilateral relations between their nations and reiterated their willingness to further promote political dialog and boost bilateral commercial and economic links.

Following the meeting, the two presidents attended the signing of two accords in the area of higher education and between the Vietnamese State Bank and the Cuban Central Bank.

The Vietnamese leader said that relations between Cuba and Vietnam will continue to write historic chapters, which represents an example of international relations. Truong also expressed his trust that new generations will continue to cultivate such bonds.