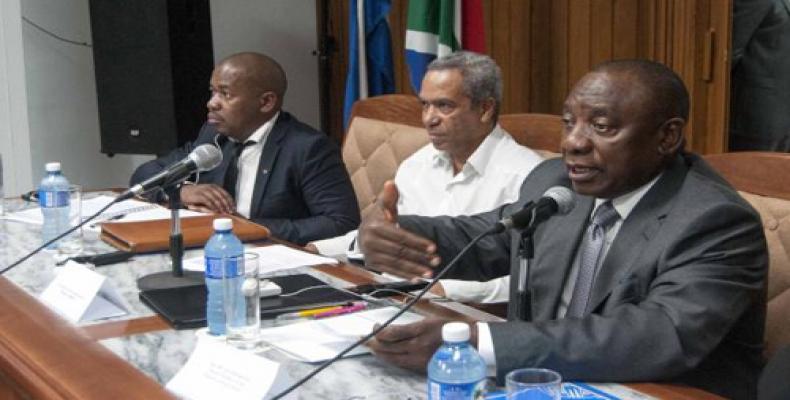 Havana, October 23 (RHC)-- Cuba and South Africa are exploring business opportunities that will strengthen their trade relations, while opening a business forum between the two countries.

The meeting, held at the Protocol Hall of the Cuban Ministry of Foreign Trade and Investment (MINCEX), takes place on the occasion of the official visit to the island of South African Vice President Cyril Ramaphosa, along with a large delegation.

Ramaphosa pointed out that the business forum facilitates exchanges between businesses of both countries, which will help to promote and diversify economic cooperation in new areas of mutual benefit.

However, he stressed that the presence of Caribbean countries and especially Cuba should increase in major commercial events taking place in the South African nation, such as SAITEX.

Odalis Seijo, Vice President of the Chamber of Commerce, announced that another Cuba-South Africa Business Forum will be held on November 3rd and 4th, within the context of FIHAV 2015.