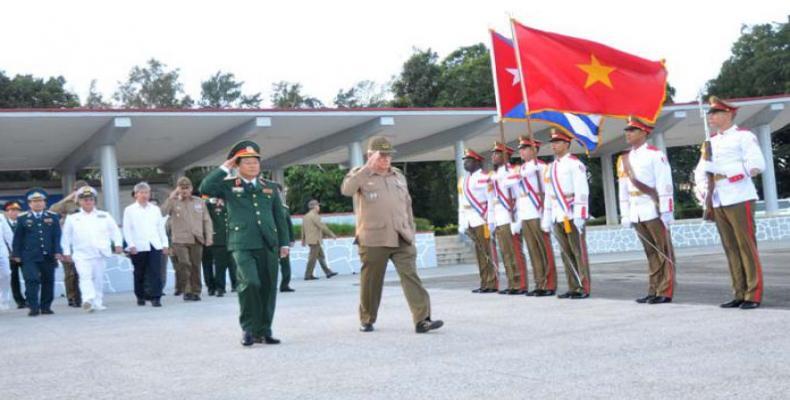 Havana, October 27 (RHC)-- Vietnam's Deputy Defense Minister Do Ba Ty kicked off an official visit to Cuba on Monday, whose first activity was a homage to Independence Hero Antonio Maceo at his Mausoleum, west of the Cuban capital.

The visitor was welcomed by the First Deputy Minister of the Cuban Revolutionary Armed Forces, Army Corps General Alvaro Lopez Miera, who briefed him on the life of Antonio Maceo and his struggle for Cuban independence from Spanish colonial rule.

According to Cuban television, the top Vietnamese military officer will meet with high-ranking Cuban military officials and will discuss bilateral relations.