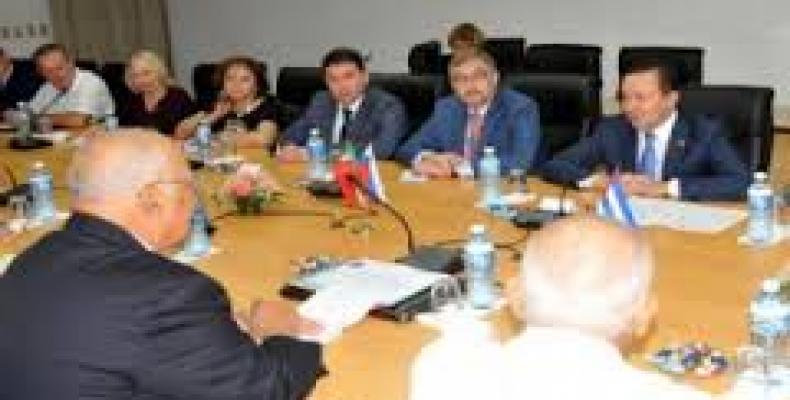 Havana, November 2 (RHC)-- Cuban Council of Ministers Vice President Ricardo Cabrisas welcomed this Monday Ildar Khalikov, Prime Minister of the Republic of Tatarstan, a member of the Russian Federation, who is on a working visit to Cuba.

During the meeting, both officials talked about the positive development of bilateral exchange. The meeting also served to reaffirm common interests in enhancing cooperation between Cuba and Tartarstan, namely in agreements signed during the visit to our country by the President of the Republic of Tatarstan, in November 2014, and of the Cuba-Russia Intergovernmental Commission, held in the capital of Tartarstan in April this year.

The distinguished visitor was accompanied by his Excellency Mijail L. Kamynin, Ambassador of the Russian Federation to Cuba, among other members of his delegation.